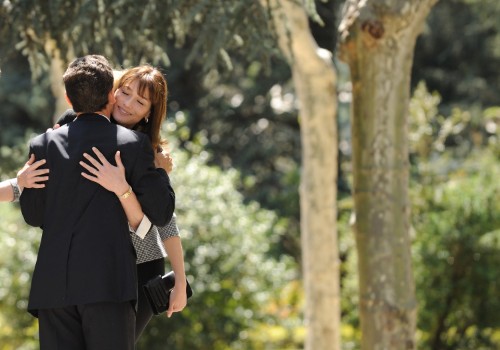 “The Time of Storms” recounts the first two dramatic years of his presidency when his wife Cecilia left him and he married the singer and former model Carla Bruni after a whirlwind romance.

The book is far ahead of a bevy of novels for the beach by some of the country's leading authors, according to the GfK/Livres Hebdo ranking.

Sarkozy's publisher told AFP that nearly a quarter of a million copies of the memoirs had been sold so far, and another reprint was on the way.

Despite his failure to revive his political career after his defeat by the Socialist Francois Hollande in 2012, Sarkozy — and particularly his private life — continues to fascinate the French.

The new book also tells of how the mercurial leader had Dominique Strauss-Kahn, then seen as a possible future rival for the Elysee Palace, appointed to head the International Monetary Fund.

Strauss-Kahn was forced to resign in 2011 after he was arrested for the attempted rape of a hotel maid in New York. The charges were later dropped but DSK, as the Socialist politician is known, settled a civil case with the woman, reportedly for $1.5 million.

Since then Sarkozy himself has been snagged in a series of corruption and illegal party funding scandals, including allegations he had Libyan dictator Moamer Kadhafi help finance his successful 2007 presidential campaign.

Months later he brought Kadhafi in from the diplomatic cold, letting him pitch his Bedouin tent opposite the Elysee on a state visit to France.

But four years later in 2011 Sarkozy was the driving force behind the international military invention that toppled Kadhafi.

Sarkozy, now 65, will become France's first ex-president to stand trial for alleged crimes while in office in October in a case where he is accused of trying to obtain classified information from a judge.

Another trial on the alleged illegal financing of his 2012 campaign could also start later this year.

Yet the French public cannot get enough of Sarkozy's literary output, with his “book on life”, “Passions”, shifting 200,000 copies last year, the kind of numbers that only celebrated novelists are capable of selling.

Indeed, since 1994 Sarkozy has authored nearly a dozen tomes of various kinds, with his book “Testimony” in 2006, the year before he was elected president, selling some 350,000 copies.

No matter what new charges and scandals he faces, loyal fans still turn out in force at his book signings.