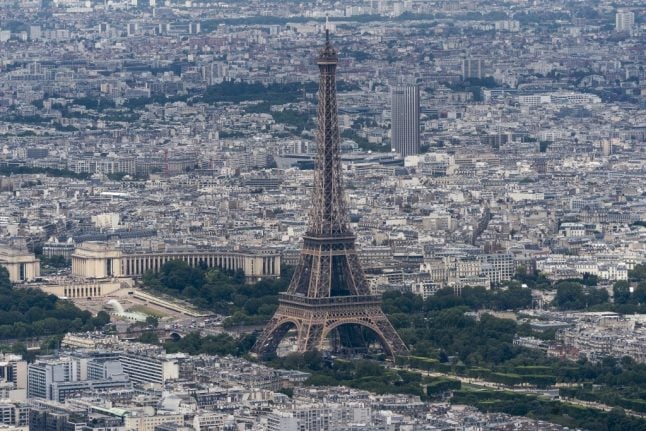 When I moved to Paris in 2016, I had virtually no information about how the housing market worked. Naively, I thought I could just sign up with an agency, and get an apartment that same day.

I soon learned the hard way that I was wrong. As a student looking for an apartment in Paris, you won't get any special treatment, but will be chucked into the same rental market as everyone else, competing with people who have jobs and incomes.

Here's a list of the things I wish I had known before starting my apartment hunt:

1. Don't assume you can 'just Airbnb for a month'

Renting an Airbnb while you “figure out” things is a really bad idea. Airbnbs in Paris are expensive and finding a place to rent can take a while. So unless you’re prepared to splurge a lot of cash this way, I’d recommend starting to look early.

Don’t do what I did and start looking a couple of weeks before the semester begins, thinking “it surely can’t be that difficult.” It is.

That brings us to the next point, which is thorough research. Useful websites to look at are seloger.com, pap.fr, or appartager.com if you are looking for a flat share. Leboncoin.fr – a website where people sell and buy all kinds of things in France –  also has an apartment section.

All these sites can be tricky to navigate for people who don’t speak French. If you struggle, you could check out social media groups such as Plan appart à Paris, Plan Appart étudiant, Plan coloc à Paris and a series of others.

Sometimes these sites can be easier for non-French speakers because some people publish posts in English.

READ ALSO: Being an international student in France: What you need to know

They are called Maison de Japon, Maison de Norvège, Maison des Etats-Unis, Maison du Liban, etc, but you can apply for a room in a house that does not belong to your home country. Prices vary between the houses, but are generally lower than what you get when looking for apartments in the centre. There is also a gym, a pool and a library that you can access and the premises are just next to the Montsouris park (and living next to a large green space in Paris is quite a luxury).

Many international students will be slightly shocked when starting to sweep through the Paris housing market, which is notoriously expensive and of poor quality.

Apartments (and not just for students) are generally small. A dishwasher is a luxury most students can't afford. Some apartments don't have washing machines so you may have to get used to popping your dirty clothes in a basket and trotting off to the nearest laundry.

4. But don't accept just anything

Be sure to check that the apartment has what's necessary to actually live in it, especially if you're planning to stay for a few months.

Beware of so-called chambre de bonnes (maids’ rooms), which sounds like something charming but really isn’t. A chambre de bonne is a leftover from back in the days when Parisians had domestics. They are attached to houses or apartments and are often in nice and central areas, but were frequently built without a bathroom or running water, and are sometimes not even legal to rent out (although people still do).

This can be tricky for students who come from afar, but if you are able to visit the place or get someone else to do it for you, you should. Chances are the apartment does not look at all like the pictures, and you could be saving yourself a big bunch of stress by seeing the place before signing a contract.

If you can visit AND you speak French, try chatting to the neighbours to see if they have experienced any issues you should beware of – such as loud noises, cockroaches or mice.

6. Have your 'dossier' ready

This is key, although it's often a confusing point for foreigners.

Before you even start looking at adverts you will need to prepare a dossier that includes proof of identity, financial situation, bank details, work/study situation and proof of your current address. This is the case for all tenancies, not just students.

Whereas in the UK it's more common for landlords or agencies to accept your offer first, then start doing financial checks, in France it's the other way round. Many agencies won't even let you view an apartment unless you have provided a dossier proving that you are an upstanding citizen of sound financial prospects.

READ ALSO: Nine things to expect when renting an apartment in France

This is a common problem for foreign students, who don't have a French bank account or a work contract. Some agencies accept a foreign financial garant (guarantor), and the guarantor will need to prepare a dossier too.

If you don't have access to a financial guarantor, check out GarantMe, which is a startup created by former foreign students in Paris to help others in the same situation get an apartment.

7. You don’t have to live in the centre

Paris' city centre is beautiful and yes, we all would love to live just across from the Sacré-Cœur Basilica, or Notre Dame, or in the buzzing new and hip areas of the 11th arrondissement.

However, Paris is becoming increasingly gentrified, with steep prices pushing people further and further out of the city. As a result, the banlieues (suburbs) are becoming better and better connected to the city centre.

READ ALSO: The grand plans for public transport in Paris in 2020

Prices drop as soon as you move into the suburbs, and they are far, far nicer than their reputation suggests. For more information about the different Parisian suburbs, check out the link below.

WILDFIRES
How to protect your French property from wildfires
Url copied to clipboard!