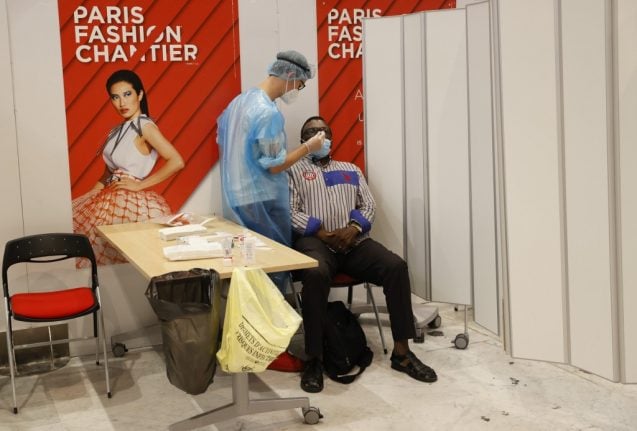 The number of confirmed new cases of Covid-19 in the greater Paris Île-de-France region is now higher than it was on May 11th, when the country's strict nationwide lockdown began to ease.

Since then, testing in the capital has ramped up hugely, with many more walk-in centres created and millions of Parisians taking advantage of them.

But the ARS regional health authority says the rise cannot be explained purely by the increase in testing.

“We are in the early stages of a rebound in the epidemic,” warned Nicolas Péju, deputy director general of the Île-de-France ARS.

“The massive and real increase in the number of tests is not enough to explain the evolution of the situation,” he added.

In a trend that mirrors the national situation, the majority of the new cases are among young people and hospitals in the region are not yet seeing a big increase in Covid-19 admissions.

INTERVIEW What's really behind the rising coronavirus rates in France?

However health chiefs worry that although the younger people may not be so badly affected by the virus, they could begin to pass it on to older or more vulnerable people, which would lead to a spike in hospital admissions and an increase in death rates.

The latest data from Île-de-France shows that Paris itself is the worst hit, with cases now running at 46 per 100,000 inhabitants – just below the 'alert' level of 50 per 100,000 and well above the 10 per 100,000 rate at which health authorities begin extra monitoring of an area.

Paris and its inner suburbs have now been added to the list of areas vulnerable to a new Covid-19 outbreak https://t.co/9oIjGPaMWm

Testing in Paris has been hugely increased, with many new walk-in testing centres, including at the two Paris plages sites, which Parisians have rushed to take advantage of before heading off on holiday to other parts of the country.

Nationally, around half of the new cases diagnosed are people with either no symptoms or very mild symptoms, and many of these have been identified through walk-in testing or the country's track and trace system. It's a very different situation from May, when prescriptions were required for a test and only people with symptoms were being tested.

From Monday, masks have become compulsory on the streets in crowded areas in the Paris region.

“The objective is to reverse the trend as quickly as possible and to reinforce prevention so that the rebound does not turn into the beginning of a second wave,” added Péju.

The French government has ruled out another nationwide lockdown, but is working on a plan for local lockdowns if the situation deteriorates in a certain area. The Defence Council is meeting this week to consider possible new measures.