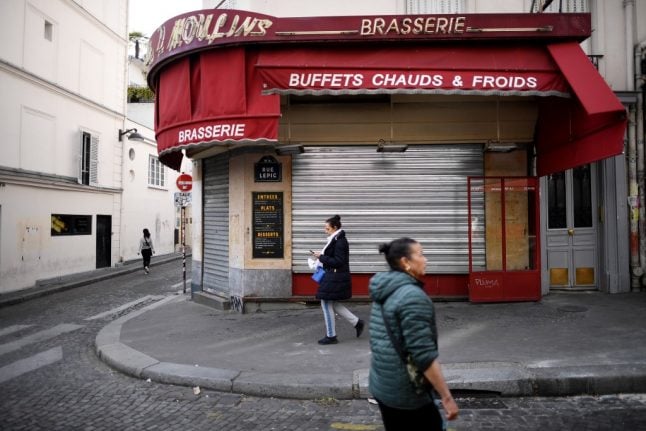 Net year-on-year private sector job losses amounted to 480,800 in quarter two, or a decline of 2.5 percent, returning employment levels to what they were at the end of June 2017, shortly after Emmanuel Macron became president of France.

In the non-agricultural sector – industry, construction and market services – employment levels fell 0.6 percent in the second quarter after a 2.8-percent loss in the first.

“This is the largest half-year decline since the series (of measuring quarterly employment) began” 50 years ago, Insee said.

As payroll layoffs advanced, however, temporary employment rebounded by more 23 percent or 108,500 jobs in the second quarter after an historic drop of 40.4 percent in the previous quarter, Insee said.

“Monthly statistics show that temporary employment began to recover as early as May, and is still rising sharply in June, after sharp declines in March and April. By mid-2020, however, it remains 27.1 percent (or 214,800 jobs) below its level a year earlier.”

Insee noted a recovery trend for France's manufacturing sector, with output up 14.4 percent following a boost of 22.2 percent in May.

For the industrial sector as a whole, growth was 12.7 percent in June after 19.9 percent in May.

But compared to February, the last month before the start of France's strict stay-at-home lockdown to curb coronavirus spread, manufacturing output was down 12.4 percent and industrial output 11 percent.

As the after effects of the coronavirus epidemic continue to ripple out, the Customs Department said France's trade deficit widened sharply in the second quarter of 2020, with exports falling more than imports.

The deficit reached €20.4 billion in the second quarter.

Nearly half of the drop in exports was due to the transport sector, with reduced exports of aeronautics and space products, cars and boats, the customs department said.

The energy deficit shrunk, however, thanks to lower oil prices and lower demand.