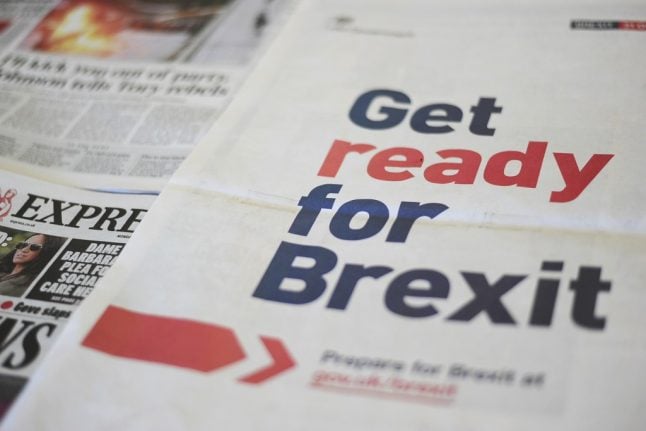 Luke Marlow was sent a letter from the Caisse d'allocations familiale (CAF) in Moselle telling him that his right of residence would expire in September.

The letter stated: “Your right to residency is set to expire on September 10th 2020 and you will no longer be able to benefit from family allowances.”

The letter went on to ask for his titre de séjour residency permit, which British residents in France do not at present need.

While officials later admitted that he did not need a titre de séjour, it is one of several similar reported cases which highlights the confusion around the status and rights of British residents in France after Brexit.

An extract from the letter sent to Luke Marlow, a British man living in the Moselle area of France

Luke said: “I spent over an hour and a half waiting in the CAF and had to make two trips, as well as the time spent getting there and back.

“It would have been ridiculous if I weren't living in Metz, it is incredibly time-consuming.”

Groups working with British residents have reported that some people have received similar requests from their local CAF offices, while others have been asked for a carte de séjour when applying for jobs.

Justine Wallington from citizens' rights group Remain in France Together (RIFT) said: “A number of our members have experienced problems with the CAF recently.

“It's hard to say if this increase in problems is Brexit related, or if they are just sending out more of the standard droit de sejour renouvellement (right of residency renewal) forms which they have been doing for five years or more and are playing catch-up on their backlog.”

Some British drivers have also reported similar confusion over the issue of driving licences, when local gendarmes have told them that British residents in France can no longer drive on UK licences, when in fact the French government has said that for most residents, there is no need to swap their licence for a French one.

Although British citizens lost their EU citizenship on January 31st when the UK left the EU, the majority of their rights remain in place during the transition period, which lasts until December 31st 2020.

After that, individual countries have put in place their own provisions for British people already living there, under the framework of the Withdrawal Agreement which safeguards many (although not all) of the rights British people had before Brexit. The Brexit Withdrawal Agreement secures a number of important rights for British people living in the EU. Photo: AFP

In France, British people do not currently need any residency permit in order to legally stay here.

All British residents have until July 2021 to apply for one of the new type of carte de séjour, via an online portal which was due to go live in July but has now been pushed back until October.

Every British citizen living in France will then have to make an application via the portal for a new residency card. Those who have a carte de séjour permenant (10 years) can simply swap their card for a new one while everyone else will have to make a new application.

You can find out more about the application process HERE.

Justine added: “If you receive one of the standard droit de sejour renouvellement forms don't worry – CAF have been sending these out for several years.

“The letter will probably start with a date when your rights to stay expire and that you need to fill out the form, sign and date it and add supporting documents.

“Passports should be valid to CAF as proof for a right to stay to year-end at least (the end of the transition period) and it's reasonable to hope that they'll also be valid until new cards are issued by France in the coming year.

“Where it asks for health cover – include a copy of your attestation from your health provider (usually available online through your MSA or Ameli/CPAM account).

“You will then need to fill in the section relating to whether you are employed, self-employed or in another situation.

“If you don't complete this form your payments will almost certainly stop so it's not a letter to ignore.”

For many British people receiving such a letter will be worrying, especially as there has been a real lack of clarity over the rights of British nationals living in the EU. However these mistakes tend to be down to misunderstandings on the part of local officials who have not quite grasped what is, after all, a very complicated situation.

The French government has repeatedly said that it wants British people resident here to stay, and it will do all it can to facilitate the process.

“The best thing for someone in that situation to do is to point to the French government Brexit website where it's clear that Brits aren't required to hold a carte de séjour until after the grace period [July 2021].”

For full detail on residency, travel, healthcare, driving and pets after Brexit, head to our Preparing for Brexit section.