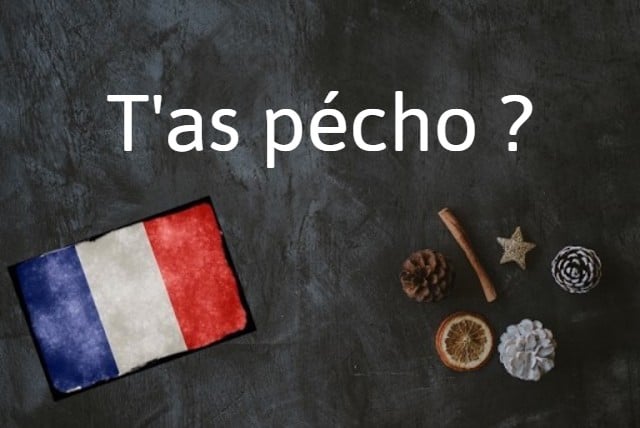 Why do I need to know pécho?

If you understand pécho, you will be able to navigate a crucial part of French slang culture.

Pécho is an example of verlan, which is French argot constructed by reversing the order of syllables in a word.

(The word verlan itself is an example of verlan  – l'envers means 'the inverse'.)

Young people are avid users of verlan, and sometimes verlan words – like pécho – are examples of slang of slang. It's all pretty cryptic so it's ok if you're already dizzy.

To clarify, pécho is verlan of choper, which means 'to grab' or 'catch'.

But choper can also mean 'making out', 'hook up' or 'seduce', although people tend to use pécho more for this purpose.

Tu es au courant qu'il se sont pécho vendredi ? – Are you aware that they hooked up on Friday?

You can of course also use pécho when talking about 'catching' or 'taking' something too:

Il s'est fait pécho par sa mère. – He was caught by his mother.

For those especially interested in French slang, the 2016 French film Five (trailer below) has recently arrived on Netflix. It's a lighthearted and easily digestible film whose cast of young Parisians use a lot of verlan and other slang so it's a great way to increase your vocab (even during the summer heat).