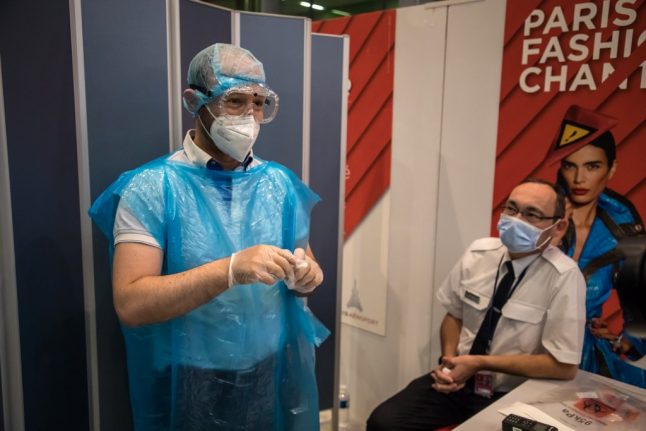 In an opinion prepared for the government, the Scientific Council warned “the virus has recently been circulating more actively with an increased loss of distancing and barrier measures” since France emerged from a strict two-month lockdown in May.

The Scientific Council was convened by the French government to advise on coronavirus-related measures throughout the pandemic.

The council now warned of a possible “resumption of circulation of the virus at a high level” by autumn 2020, after the August summer holidays.

“The balance is fragile and we can change course at any time to a less controlled scenario like in Spain for example,” it said.

Data released by the health department on Monday showed the number of people in intensive care had risen by 13 since Friday, breaking the downward trend observed since April, when French people were under strict stay-at-home orders to curb the spread of the virus.

This break with the long-standing trend of decreasing intensive care (ICU) rates in the country began on Thursday, July 30th, although on that day the total only increased by one.

ANALYSIS: Is France heading towards a second wave of coronavirus infections?

Twenty-nine new deaths were reported over the same period, bringing the country's total death toll to 30,294.

At the height of the outbreak in April, there were more than 7,100 people in intensive care in French hospitals, which had 5,000 intensive care beds available when the crisis hit.

Prime Minister Jean Castex on Monday urged France “not to let down its guard” in the fight against the coronavirus in order to prevent a new national lockdown.

“We are seeing an increase in the figures for the epidemic which should make us more attentive than ever,” Castex said.

“I call on every French person to remain very vigilant. The fight against the virus depends of course on the state, local communities, institutions, but also on each of us,” he said.

A majority of the new positives in France were asymptomatic, which means they can contaminate others without necessarily having any reason to suspect that they themselves are ill.


Several videos posted on social media over the past weeks showing young people partying without masks or regard for social distancing prompted outrage in France, with some accusing the country's least vulnerable of putting those more likely of falling seriously ill at risk by contributing to spreading the virus.

New figures however pointed to workplaces, not parties, as the main source of the Covid-19 clusters currently being investigated by French health authorities.

Jean-François Delfraissy, president of the Scientific Council, said in June that France would not impose another general lockdown, even in the event of a second wave of coronavirus infections.

The Council said the government's response to a “probable second wave” of coronavirus infections would have to be different to the first.

It urged the authorities to put in place “prevention plans” for the France's largest and densely-populated metropolitan areas, with localised home-confinement strategies to be tightened or loosened in step with epidemic development.

The southern city of Toulouse joined the ranks of local authorities Tuesday in taking steps to oblige people to wear masks outdoors in certain situations, on top of the national requirement to cover up in shops and other shared spaces indoors.

Yonathan Freund, an emergency doctor at Paris's Pitie-Salpetriere hospital, is among experts to caution against over-reacting.

“The situation in France today does not justify saying there has been a worsening,” he told AFP.

“If there are 1,000 cases per day, it is because the virus is still in circulation, and it is normal,” he said.

And epidemiologist Antoine Flahault said the focus of authorities seems to have shifted from preventing another run on hospital beds – an acceptable risk approach – to suppressing virus circulation to the lowest possible level, or a doctrine of “zero risk”.