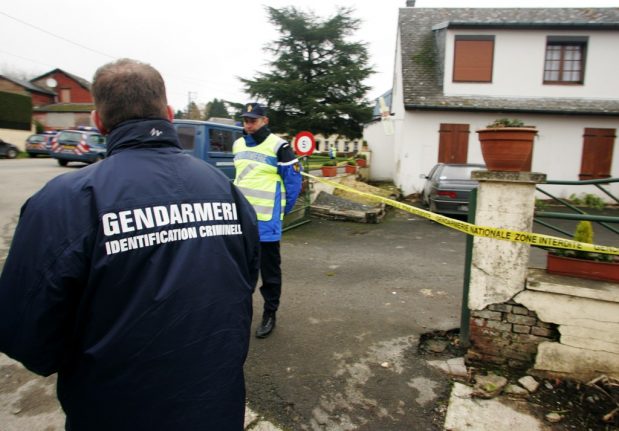 French police have a holiday programme that helps you keep eye on your home when you are away. Photo: AFP

As France entered a nationwide, strict lockdown to curb the spread of the coronavirus pandemic, the number of burglaries into the country's private residencies slumped – even in second homes which were left empty for months at a time.

In March, burglaries into primary and secondary residencies dropped by 44 percent compared to February, according to police numbers.

The trend continued well into spring. In Paris, one of the worst areas for burglaries, break-ins into primary residencies dropped by 85 percent between mid-March and mid-May.

Yvan Assioma, spokesperson of the police union Alliance in Paris, told the French daily 20 minutes that the numbers were “logically good.”

“The confinement brutally slowed down all delinquent activity, but not in a sustainable manner,” he said, pointing to the “exceptional” state of the lockdown as the main factor behind the drop.

With the lockdown gone and people moving around around freely again, the number of burglaries have begun to rise.

About 29 percent of all of France's burglaries happen between June and August, according to the French interior ministry. This makes the summer the busiest season for burglars in France.

While the rest of France snoozes into a sleepy holiday-mood and leave their homes to go on vacation, thieves take advantage of the increasing number of empty residencies to ramp up break-ins.

But there are ways for people leaving their holiday on holiday or for second home-owners in France based abroad can take to protect their house from burglars.

READ ALSO: The parts of France where you are most (and least) likely to be burgled?

READ ALSO: How to avoid being burgled in France (and what to do if you are)

If you get unlucky

A trend on the rise

In 2018, France reported nearly 490,000 primary residency burglaries, according to the interior ministry.

Some of these reported several break-ins over the course of the same year.

After summer, autumn is the second busiest season for burglaries in France. About 26 percent of all burglaries happen between September and November, according to the interior ministry.

In the winter (December-February), the tally drops down to 24 and then to 22 in the spring (March-May).

Vocab (if you're burgled):

Points de l'effraction – break-in points (where the burglars came in)