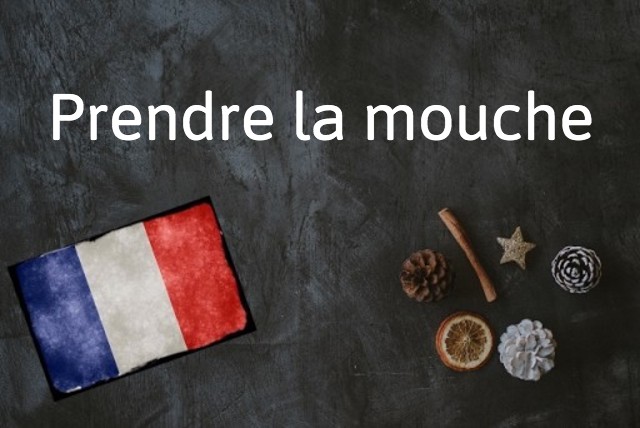 Why do I need to know prendre la mouche?

Because it really makes no sense unless you know the true meaning of the expression.

Prendre la mouche literally translates to 'taking the fly', as in the annoying insect that buzzes around your house in the summer.

If someone says tu prends la mouche, they are however not asking you to grab a fly, but rather accusing you of being angry – and without a good reason.

Prendre la mouche is an old expression dating all the way back to the 16th century when mouche referred to a “a burden, a negative thought that appeared suddenly,” according to the online dictionary l'Internaute.

In addition to indicating that someone is annoyed/upset/angry, prendre la mouche also implies that the reason behind their vexation is pour une raison futile – 'for no good reason'.

So it's a good expression to have at hand if you feel unfairly treated.

And if you're thinking you've heard mouche in another context, you would be right. The French remake of popular British TV series Fleabag was called Mouche. Starring French actress Camille Cottin, the action was transplanted to Paris, including a memorable scene referencing former Socialist Party candidate Benoît Hamon.

Il prend souvent la mouche pour rien – He often gets angry for nothing.

Je lui ai dis ce que je pensais et elle a pris la mouche, elle s'est vexée – I'm told her I thought she was kicking up a fuss without a good reason, and she got mad.