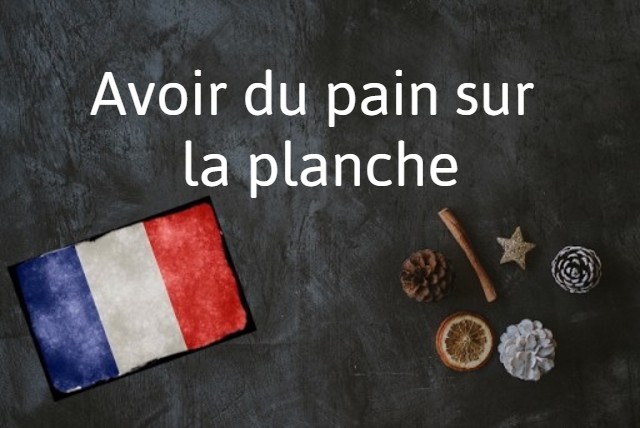 Why do I need to know avoir du pain sur la planche?

Because the figurative meaning of the expression is very different from its literal meaning.

Avoir du pain sur la planche literally translates to 'having bread on your board', which is a very French way to say what the Anglophones call 'having a lot on your plate' (in the sense that you're busy).

It's quite interesting as an expression because the actual activity of having une planche in France calls to mind something completely different than being busy with work.

Ordering une planche is compulsory training for any newcomer in France. Une planche is a popular menu item the French like to order alongside a glass of wine after work.

It literally translates to 'a plank' or 'a board', which is a sorry way of describing what une planche actually is: a bread board topped with delicious goodness, usually charcuterie (slices of assorted hams), patés and/or soft fromage (cheese).

A planche can be shared with others for a nibble, and it always comes with pain (bread) – a mandatory accessory to any food orders in France.

But back in the day, more specifically at the end of the 19th century when the expression originated, 'having bread on your plate' meant that you had enough reserves to keep going, according to the French online dictionary l'Internaute.

One explanation as to how the meaning of the expression changed was that, during the 20th century, bread was something given to those condemned to forced labour.

Whatever the reason for the shift, the French today use avoir du pain sur la planche as a way to signal that they have a lot to do.

Profites bien de tes vacances, on aura du pain sur la planche à la rentrée ! – Enjoy your holiday, we'll have plenty to do when we get back to school!