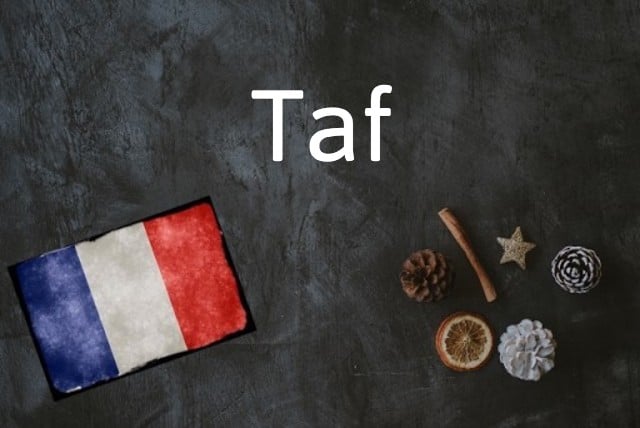 Why do I need to know taf?

It's a common word and you will definitely hear it if you spend some time with French people.

Taf is French slang for 'job' or 'work'.

It's also a verb, taffer, which means 'to work'.

Although taf is popular especially among young French people, its origins are old, dating all the way back to the beginning of the 17th Century, according to French daily Le Figaro.

Back then, the full expression was faire tif et taf (do tif and taf) and it did not refer to work at all, but rather “the noise our butt cheeks make when they clench together out of fear,” according to the article.

Soon the expression was reduced to just taf, which was picked up as argot (French slang) and used by major French authors such as Balzac, Zola and Goncourt, under the meaning avoir le taf, which back then meant 'having the jitters'.

The 'work' meaning came later, at the end of the 19th century, presumably formulated by someone who didn't totally love his job.

As many French slang words taf is not necessarily always spelled the same. Because it is pronounced in a snappy way, with a short a and hard f, many people spell it taff.

Ca a été le taf aujourd'hui ? – Did it go well at work today?

Tu taffes jusqu'au quelle heure ce soir ? – Until when are you working tonight ?

Be careful not to confuse un taf with une taffe, which refers a drag of a cigarette.