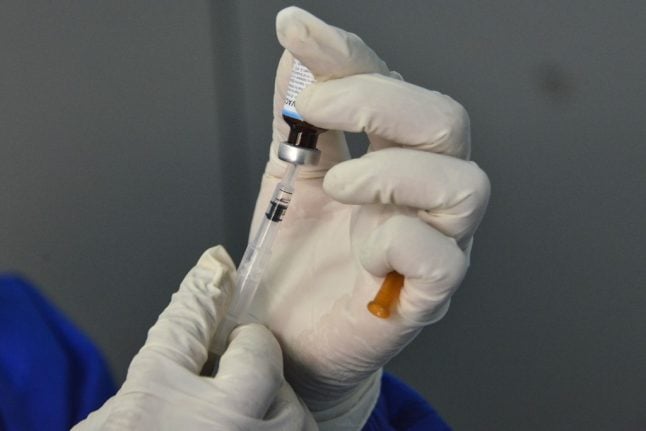 The anti-vax trend is not a new one in France. Photo: AFP

A survey carried out by the YouGov institute for leHuffPost found that of the representative sample of French adults, 32 percent said they would not agree to be vaccinated.

Although the sample size is small, the survey results are in line with a long-standing French skepticism about vaccines that leads to one of the lowest trust in vaccines in the world.

Other studies conducted by French scientists have put the level of people who say they would refuse a vaccine at between 20 and 25 percent.

Sociologist Jeremy Ward, who has been studying attitudes to vaccines, told HuffPost: “The main reason given for this reluctance is the idea that the vaccine will be made too quickly and therefore may be unsafe.”

“The data from our studies reveal in particular the importance of the political factor in this reticence, which is much stronger among people who feel close to extreme left-wing and extreme right-wing parties, as well as those who declare themselves to be without political orientation and who abstained during the previous presidential election.”

However he added that many people say they have doubts about vaccines but get vaccinated anyway, so a concern about a vaccine does not necessarily mean that people will refuse it.

The anti-vax trend is not a new one in France. A study done in 2019 showed that 33 percent of people in France did not agree that vaccines were safe – the highest rate in the world – and that year France also reported a resurgence in cases of measles.

Francoise Salvadori, a biologist and co-author of Antivax, a history of the anti-vaccination movement in France, has previously told The Local that a particularly French strain of anti-authoritarianism may be connected to the lack of trust in vaccines.

“France is the only country in the world that has made vaccines obligatory.
READ ALSO Which vaccines are compulsory for children in France?
“We have never abandoned 'paternalistic medicine' despite the fact that every time more vaccines are pushed upon us, there is a greater resistance to them.

“But it is difficult for the government to know how to take action when not enough people are being vaccinated – and yet obliging them to do so does not seem to work either.”

On top of that in France health ministers are often doctors, and therefore seen as complicit in any dealings with the pharmaceutical industry, “stuffing their pockets and working against the public”, said Salvadori.

During the height of the pandemic there were many conspiracy theories, often anti-Semitic, circulating online accusing public health officials of deliberately prolonging the crisis for profit or even of creating the virus deliberately in a laboratory.

Data on vaccine take-up over the last 10 years shows that between 80 and 90 percent of French children are vaccinated.