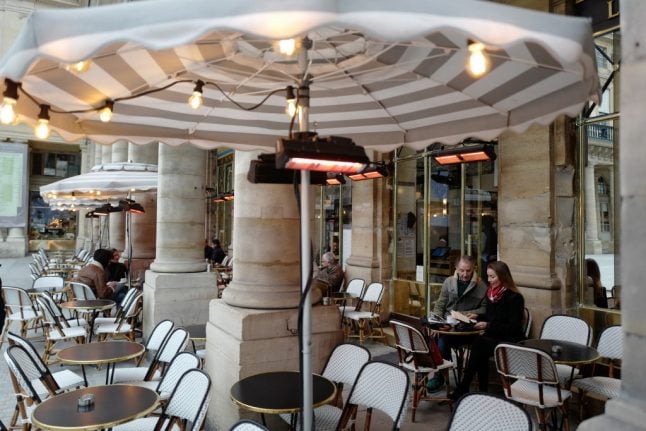 President Emmanuel Macron has pledged bold action for tackling climate change, saying they will be at the heart of the economic stimulus plan for recovering from the COVID-19 crisis.

But Macron has been stung by accusations that businesses and poorer households often end up bearing the brunt of the costs for his green ambitions.

After the “yellow vest” anti-government protests last year he set up a Citizen's Convention on Climate, whose 150 randomly picked members announced dozens of proposals last month, including the ban on heating outdoor seating areas.

Owners turned to them en masse when France extended its indoor smoking ban to restaurants and bars in 2008, to the dismay of environmental activists who railed against a wasteful use of electricity or natural gas. While a handful of French cities have already banned heated terraces, Paris Mayor Anne Hidalgo has refused, saying businesses stand to lose a huge chunk of their revenues.

“People now understand that we are at risk and that, if we don't do anything, we'll have an ecological crisis after this health crisis,” Macron's new Environment Minister Barbara Pompili told French daily Le Monde on Monday.

Among other measures to be introduced by decree in the coming months, building owners will be encouraged to improve insulation, and will be prohibited from installing coal or fuel oil furnaces.

New limits on development will also be rolled out to limit the “concreting” of natural areas, though the government held back on an outright ban of new shopping malls outside cities, long demanded by green activists.

The measures, which came after a meeting of Macron's environmental defence council of top ministers on Monday, got a lukewarm response from environmental groups.

Clement Senechal of Greenpeace France said they “push back any real change until 2023, after the end of Macron's term.”