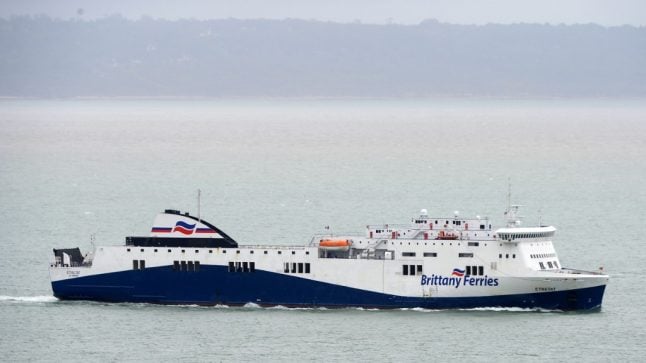 What UK rules are currently in place?

The UK imposed a quarantine on all arrivals from Spain from July 24th and since then has added Belgium, Luxembourg, the Bahamas and Andorra to its list of places where all arrivals must observe a 14-day quarantine.

The announcement of the Spanish quarantine took many people by surprise, as it was announced on a Saturday morning that anyone arriving into the country from Spain after 11pm on the same day would have to quarantine.

That included people who were already there on holiday, who had made the journey out when the UK government were advising that travel was safe. The immediate imposition of the quarantine meant that for most, cutting short their holiday was not an option, so they faced a 14-day quarantine on their return, which for many made it impossible for them to work.

Luxembourg was later added to the list, followed by Belgium, the Bahamas and Andorra on August 6th. These restrictions come into place on Saturday, August 8th for arrivals into England and with immediate effect for arrivals into Wales. The Scottish government has so far made no announcement.

Why did the UK impose the quarantine?

The British government says the measures are in response to an increase of Covid-19 cases reported in certain areas.

A spike in cases in Spain saw cases tripling over a fortnight. The majority of the new cases centre on Catalonia and authorities there have imposed extra controls such as closing all nightclubs for 14 days and a stay-at-home order for people in Barcelona.

However many areas of Spain have seen no significant rises, and the tourist hubs around the Costa de Sol are not affected.

The death rate in Spain remains lower than in the UK and Spanish authorities say they are now one of the countries with the best mechanisms for identifying and tracking Covid-19 cases.

Belgium has also seen a large increase in cases over recent weeks. Could the same happen in France?

Asked about the possibility of a French quarantine on Friday, British chancellor Rishi Sunak said: “We're in the midst of a global pandemic and that means there is always the risk of disruption to travel plans and people need to bear that in mind.”

This would apply both to people travelling from France to the UK and people returning to the UK after a holiday in France.

France too has seen an increase in cases in recent days, with around 1,300 new cases being reported per day. This is a sharp rise, although some of the increase is thought to be down to the country's greatly expanded free testing programme.

Nevertheless, French health authorities said they were worried by the increase and urged people to stick to social distancing rules. The government has also toughened up the rules on masks making them compulsory in all indoor public spaces at risk of a €135 fine.

MAP Which areas of France are 'of concern' to health authorities?

The UK government has previously said that it cannot rule out imposing more of what it termed 'handbrake' restrictions – announcements with no notice and effective immediately – on other countries.

As with Spain, France is recording a much lower daily death rate than the UK – deaths in France have averaged around 15 for the past fortnight and France reported seven deaths on August 6th, while the UK is still recording rates of between 50 and 100 people per day.

With a total of 46,413 Covid-19 fatalities, the UK has the highest death toll in Europe. It has also reimposed local lockdowns on parts of the country including Greater Manchester as cases spike.

READ ALSO IN NUMBERS How worried should we be about the rise of Covid-19 cases in France?

What is the travel situation between the UK and France now?

This has been a confusing and contradictory tale. After having no travel restrictions during the height of the pandemic, the UK announced that from June it would require all new arrivals to observe a 14-day quarantine.

A joint statement from British and French governments then said that travellers from France would be exempt from this, but days later the UK government rowed back on this and said the quarantine would include arrivals from France.

For a month travellers from France were subject to a 14-day quarantine in the UK and France imposed its own quarantine on arrivals from the UK, although this was only ever voluntary and did not have penalties attached.

The British government lifted its quarantine for arrivals from France at the beginning of July, although you will still need to fill out a contact locator form before arriving at the UK border.

There are currently no restrictions on arrivals into France from the UK.

What about travel between France and Spain?

The French government has advised its citizens against any travel to the Catalonia region of Spain, but the borders remain open.

What are your rights over cancelled travel plans?

If the British government does impose a quarantine on people arriving from France it is likely to also issue official advice to its citizens not to travel to France, as it has done in Spain.

Travellers are warned that in those circumstances if they decide to come anyway then their travel insurance will almost certainly be invalid – so any accident or illness you have while in France would not covered.

READ MORE Cancellation, insurance and quarantine – what are your rights if Covid-19 disrupts your travel plans?