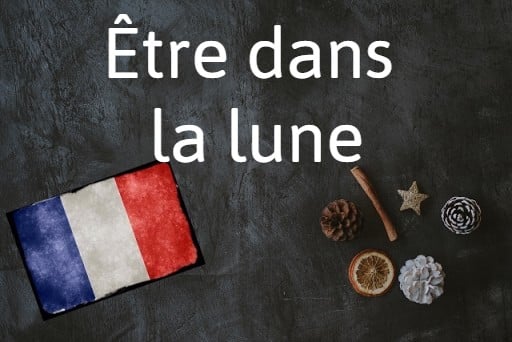 Why do I need to know être dans la lune?

Because it's a pretty and poetic way of describing a common personality trait.

Être dans la lune literally means 'to be in the moon' but is used to described someone who's absent-minded, scatterbrained or simply distracted.

It can be translated as 'to have your head in the clouds' or 'to be away with the fairies' or, when used in a more immediate sense, 'to be miles away'.

The moon has long been associated with dreams and distraction, and it's thought this particular expression originated in the work of the 18th Century French thinker Mirabeau who, in his 1756 treatise 'L’Ami des Hommes' (The Friend of Man) used the l'Empire de la Lune (The Empire of the Moon) as a metaphor for the human imagination.

Gazing wistfully up at the moon while promenading along the banks of the Seine and dreaming of your chéri/ chérie is, we feel, a highly French pastime. Perhaps with Debussy's 'Claire de Lune' playing for good measure.

There's also a pretty much equivalent French expression avoir la tête en l'air' (to have your head in the sky) which you might hear too.

Excusez-moi, j'éŧais dans la lune – Sorry, I was miles away

Je n'étais pas un bon élève, j'étais toujours dans la lune – I wasn't a good pupil, I was always away with the fairies