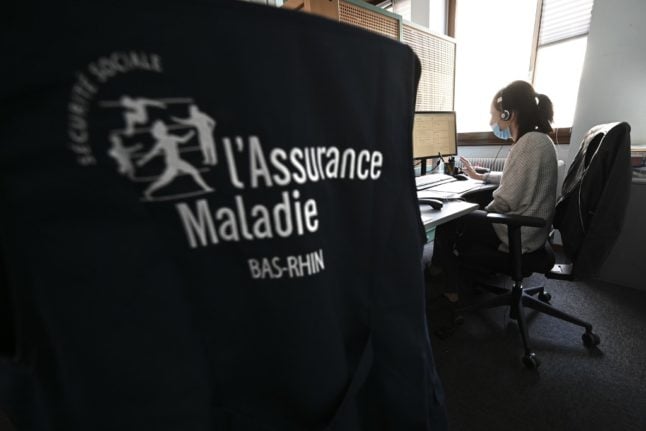 The situation around health insurance has caused some concern. Photo: AFP

British people who are resident in France before December 31st 2020 all have to apply for residency under the Brexit Withdrawal Agreement.

And one question that The Local has been asked repeatedly is whether people need private health insurance, known as a mutuelle in France, in order to successfully apply.

So let's take a look at the rules.

Different groups of people are required to provide different information when they make their residency applications and people who have been here for more than five years do not need to provide detailed financial information or proof of health cover.

However if you have been here for less than five years, and you are not working, you will need to prove that you have sufficient resources to support yourself, and also proof that you have health coverage.

However, this does not necessarily have to be private health cover.

If you are already registered within the French health system and have a carte vitale health card, that is considered sufficient health cover.

If you fall under the S1 scheme (which covers pensioners, posted workers and people with certain disabilities) whereby the UK covers your healthcare costs then this will continue and this too is sufficient proof of health cover.

The French state healthcare system is known as assurance maladie, which literally translates as 'health insurance'. That translation has been the cause of confusion to some British people, for whom health insurance generally means private cover in addition to a state system.

But if a French form is asking you about assurance maladie, then you can give details of your carte vitale and registration within the French system as your response.

So do you need a mutuelle at all?

The French state system is a reimbursement one – once you are registered within the system you pay upfront at the doctor, hospital or pharmacy for any appointments, treatments or medication that you receive.

You then swipe your carte vitale and a portion of the cost is reimbursed into your bank account.

Exactly how much is reimbursed varies depending on the type of treatment, but it is generally around 80 percent.

To cover the final portion of the cost, many people in France have a top-up policy known as a mutuelle which reimburses the rest of the cost. However these are not compulsory.

If you are an employee your employer is required to pay at least half of the cost of this, but they are generally cheaper than health insurance policies in the UK.

Find out more about how mutuelles work HERE.

What about people who move after December 31st?

This is a different story because the Withdrawal Agreement only applies to people who move here before the end of the transition period – which is December 31st, 2020.

Exactly what the deal will be for people who want to move after that we still don't know.

But if the same or similar rules are applied to Brits as to people from other non EU countries such as American and Australia then this will necessitate visas which often ask for proof of complete health cover on private health insurance plans, which can be pricey for people who are older or have long-term illnesses.

Here's what we know so far about moving to France from 2021.

For more information about residency, healthcare, travel, pets and driving, head to our Preparing for Brexit section.