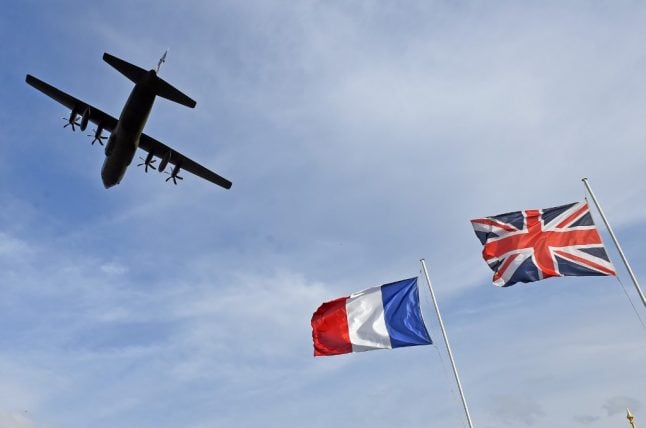 The friendly rivalry between Britain and France continues. Photo: AFP

Let's get one thing clear from the start, in general the French are kindly, warm and welcoming to the many British people who decide to move to France, trading Marmite, rain and proper curry for sunshine, fine wine and 1,000 different types of cheese.

But there is always a little friction between different cultures, so when we asked our French friends what they really thought, these are the top five (affectionate) complaints that they listed. Everyone in France is a sensible, restrained and elegant drinker. Sure. Photo: AFP

The French love wine – rouge, blanc, and especially rosé when summer comes. Generally speaking, it would be fair to say that the Frenchies enjoy a drink.

However, the French people we spoke to seemed to believe they always did it reasonably and elegantly, and only considered the British as being heavy drinkers.

“They are pissed all the time,” said Baptiste, 32.

Not only do the Brits drink too much, but – quelle horreur – they don’t even drink good alcohol.

“They love red wine, but rarely drink one that is good,” lamented Nicolas, 43.

It's a well-worn cliché that the French are arrogant, but actually that character trait came as one of the top bug-bears French people have about les Anglo-Saxons. The French people we talked to complained of the British being big-headed, strict and uptight.

“They think way too highly of themselves,” said Eric, 63.

“Everything shocks them and they are quite moralistic,” said Margaux, 30.

Brits were also seen as difficult to get.

“It’s complicated to figure out what they think,” said Caroline, 34.

“There is too much fake chit chatting,” said Gedi, 31 who lived in London for nine years.

And while the British may cherish their individuality, one Frenchman listed this as their most annoying trait.

“They do nothing like the others – they don't drive on the right, they didn't want the euro, they voted Brexit, they have a kingdom, they eat supper early,” said Clément. British food does not get the thumbs-up in France. Photo: AFP

When it comes to the relationship the French have with food, saying it is passionate barely scratches the surface.

No matter which region of France, people will be proud of their local spécialités and of course, brag about it.

But even for Frenchies who don’t really care about gastronomy (they are quite rare but they exist), British food seemed to have left an impression.

When asked about the British, it seemed most of our respondents thought of their first food experience in Britain – which probably happened during a school trip.

“They don’t realise their food is disgusting,” said Baptiste.

“They have supper at 5pm, I don't understand that,” said Margaux.

While Clément made a remark about the iconic “tea time”. “The fact they have “tea time” annoys me,” he said.

In studies comparing levels of English across Europe, France generally does quite badly.

Although progress has been made (the younger generations generally have a much higher standard of English than people in their 60s), it is still safe to say that most people in France don’t have a great level of English.

But if there is one nation consistently worse at language-learning than France, it's the UK.

“They have a terrible accent”, said Charlotte.

Clément, on the contrary, thought the accent sounded good but it was just that he didn’t understand a word.

“I think they have an elegant accent, but they give the impression they are going to sneeze every time they say a syllable,” he said.

Britain and France are often referred as “historic rivals” with a legendary conflict that dates back a thousand years.

And it seems like French kids really listen in history class as many of the adults we spoke to mentioned the Hundred Years' War (1337 to 1453 – maths was clearly in its infancy back then) and the death of Joan of Arc (1431).

Adrien, 30, mentioned the Battle of Waterloo. He said this defeat was so important for him he “refused to stop at the Waterloo train station in London”.

But before we get too carried away trying to restart the Hundred Years' War, we should point out that the French do like many things about the Brits; their tailoring skills, their open mindedness when it comes to clothing, their music and (importantly for any Brits reading this article) their sense of humour.

If you have a phone registered in an EU country you don’t need to worry, thanks to the EU’s cap on charges for people travelling, but everyone else needs to be careful with their phone use abroad. Here’s what you need to know.

How to avoid huge ‘roaming’ phone bills while visiting France

Speaking of travel … the virus that should not be named hasn’t gone away. Here are your questions answered on testing, isolation and medical treatment if you fall sick while on holiday.

Paxlovid, tests and isolation: Covid care for tourists in France

Going to the cinema is one of life’s joys for many people – and France, the home of Cannes, is well known as a nation of cinephiles.

But what if you want to enjoy an overseas film with its original language soundtrack rather than one that has been dubbed into French? You can do that…

Reader question: Can you avoid seeing a dubbed movie in French cinemas?

But the climate crisis and rising sea levels mean that experts fear they will no longer be rare events along the Mediterranean coast in the next 30 years.

In very much related environmental news, France has endured at least 43 heat waves have been detected since 1947, but they are becoming more alarming – with the latest one, before all the storms, breaking temperature records all over the place.

So, here is how the country plans to change the landscape of its cities in order to cope with ever-increasing canicules.

Trees to trams: How French cities are adapting to summer heatwaves

And finally … From football to breakfast pastries, France contains some fierce local rivalries which are mostly fought through words and gastronomy, but occasionally spill over into physical battles. Here’s a look at what near neighbours in France love to hate about each other.

Cassoulet to cider: Where are France’s fiercest local rivalries?