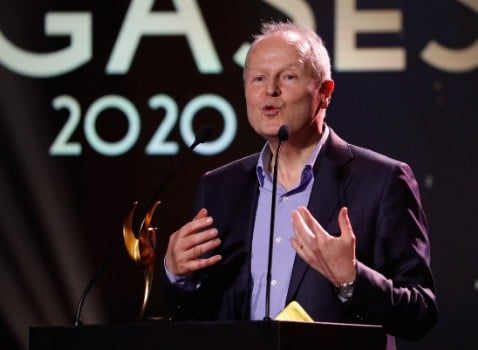 Last month the French company, one of the world's largest video game publishers whose portfolio includes Assassin's Creed and Far Cry, launched a probe after allegations of sexual misconduct were shared online.

“Ubisoft has fallen short in its obligation to guarantee a safe and inclusive workplace environment for its employees,” said CEO and co-founder Yves Guillemot.

“This is unacceptable, as toxic behaviours are in direct contrast to values on which I have never compromised — and never will,” he said.

Guillemot will take over Hascoet's role temporarily as he oversees a staffing overhaul, the statement said.

The managing director of the company's Canadian branch, Yannis Mallat, also stepped down.

“The recent allegations that have come to light in Canada against multiple employees make it impossible for him (Mallat) to continue in this position,” the company said.

The announcement follows the departures of another two top executives earlier in July, after current and former employees used social media to denounce predatory behaviour by managers.

The global game industry has been dogged by criticism over its treatment of women in both games and real life.

This was encapsulated in the so-called “gamergate” controversy in the United States in 2014, which saw critics of the way women were depicted in games receive death and rape threats, prompting calls to reform the industry's culture.

The allegations made against Ubisoft on Twitter last month accused managers in the company's Toronto and Montreal studios of sexual misconduct, and denounced an allegedly toxic work environment for women.

Accusations also targeted managers in Brazil, Bulgaria and the United States, with some of the alleged incidents going back years.

Some named the alleged perpetrators, and many accused the company of failing to respond to staff complaints and even promoting those accused of wrongdoing.

“I am a former employee and they swept every claim of sexual harassment under the rug,” read one tweet.

Alleged incidents include a creative director licking the face of a female co-worker during an office party, and a manager demanding oral sex from a colleague.

“Moving forward, as we collectively embark on a path leading to a better Ubisoft, it is my expectation that leaders across the company manage their teams with the utmost respect,” Guillemot said on Sunday.