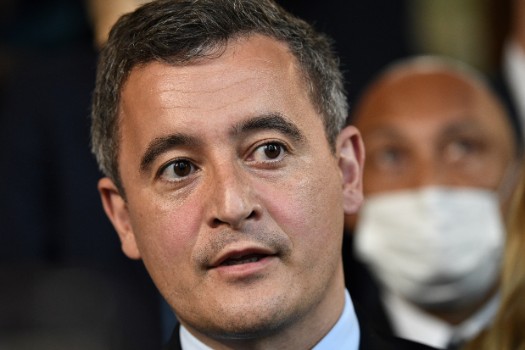 The protesters rallied in Paris, Bordeaux, Lyon, Toulouse and other cities with slogans denouncing “the culture of rape On the Move” a reference to the name of President Emmanuel Macron's ruling party The Republic on the Move (LREM).

Protesters are also angry over the naming as justice minister of Eric Dupond-Moretti, a celebrity lawyer who has been highly critical of the #MeToo movement.

“We are here to demand the resignation of part of the government,” said Anouck Lagarrige, 22, in Toulouse where some 300 protested.

“When I learned of these appointments, I cried because I myself was the victim of rape. For myself as for all the victims, it is an insult.”

In Paris, where around 1,000 people protested, Nollaig, a 24-year-old student, said: “The appointment of Darmanin is spitting at the mouth of all the victims. This kind of gathering will wake people up.”

The promotion of Darmanin came despite allegations from a woman that he raped her in 2009 after she sought his help in having a criminal record expunged.

Darmanin has denied the claims and the charges were dismissed in 2018. But earlier this year appeals judges in Paris ordered the reopening of the investigation into the allegations.