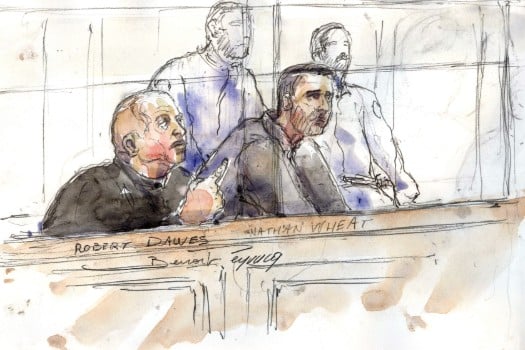 Robert Dawes, 48, who had denied the charges, was arrested at his luxury villa on the Spanish Costa del Sol in 2015 following a lengthy investigation by authorities in Britain, France, Spain and South America.

Spanish police secured a video showing him bragging to a member of a Colombian drugs cartel about his ownership of cocaine found stuffed in 30 suitcases registered to ghost travellers.

The drugs were said to have a street value of 50 million euros.

Spain extradited him to France shortly after his arrest.

When he was first convicted in France in December 2018, the court said he would have to serve at least 15 years with no possibility of parole over the brazen 2013 drugs shipment from Venezuela to Paris.

That first court also passed jail terms ranging from five to 13 years on four accomplices. Only Dawes, considered the ringleader, lodged an appeal.