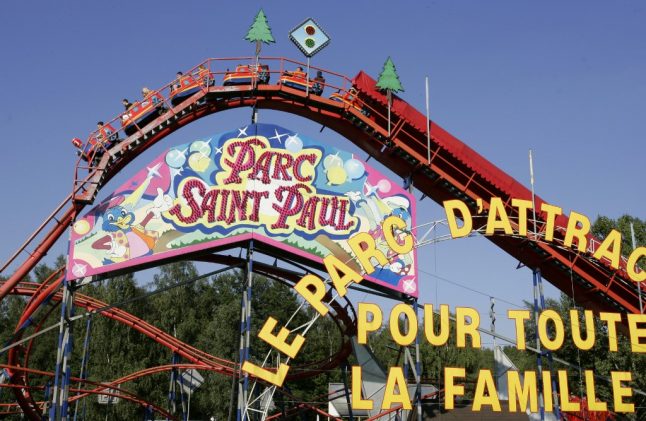 The the Saint-Paul amusement park in northern France. Photo: AFP

Gilles Campion, owner and manager of the Saint-Paul fairground in northern France, was placed under investigation of involuntary homicide resulting from security breaches, the office of the prosecutor of Beauvais told AFP.

Being charged in France does not necessarily result in a trial.

The accident happened on Saturday afternoon when a 32-year-old woman fell from her seat on the “Formula 1” roller coaster ride, which she took together with her husband.
Emergency personnel were unable to revive her.
“The park area has been completely closed off for visitors,” the management said in a press statement published after the accident, according to French media.

“Our teams join the family in expressing their deepest sadness following this event.”

This was not the first deadly accident in the Saint-Paul amusement park, which hosts around 380,000 visitors every year.

In 2009 a 35-year-old woman died after falling from the same roller coaster ride, which at the time was managed by a different operator. No one was charged at the time.

In 2007, Gilles Campion was condemned to four months suspended prison and several thousand euros of damages for two accidents in 2005, when four and 11 people were injured respectively, according to Le Parisien.

Campion said after Saturday's incident that a required yearly inspection was carried out in November 2019.

On Thursday the owner said he was looking forward to help the investigation move forward, and that he wanted the roller coaster dismantled.