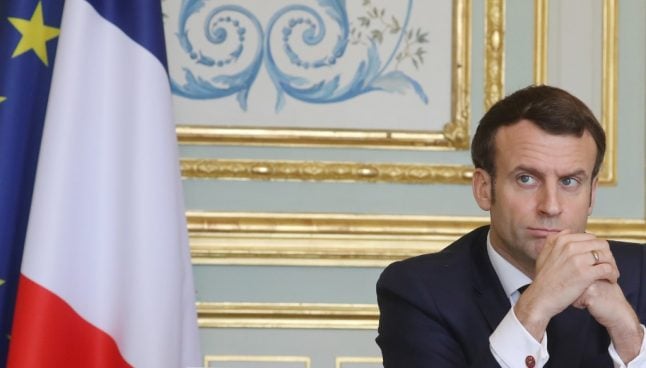 With his new government Macron has chosen a tilt to the right, analysts say. Photo: AFP

After his centrist party's rout in municipal elections last month that saw a surge by the Greens, speculation was rife that Macron would at least give a nod to environmental and progressive forces in a long-expected reshuffle.

Yet nearly all his new picks came from the right, in particular the socially conservative, pro-business wing personified by ex-president Nicolas Sarkozy.

New Prime Minister Jean Castex – a low-profile civil servant described as a “Swiss army knife” for his ability to get France's ponderous administrations to move quickly – was Sarkozy's deputy chief of staff.

The surprise choice for culture, Roselyne Bachelot, was health minister during his term, while star lawyer Eric Dupond-Moretti, now justice minister, is a close associate of the former president.

“It's clearly giving key figures from the right the most prestigious jobs,” said Pascal Perrineau, a veteran political scientist at the Sciences Po university in Paris.

Analysts also noted that two of Macron's earliest and most loyal supporters from the left, Christophe Castaner and Sibeth Ndiaye, were ousted from their posts as interior minister and government spokeswoman to make room for the new entrants.

The president also parted ways with his justice, agriculture and labour ministers, all on the left.

“Heading for starboard!” Le Figaro wrote on its front page, while leftwing L'Humanite said “Macron Act II is the late follow-up to Sarkozy Act I. Macron's move to pick off key conservatives from the Republicans (LR) opposition party also confirms the thin bench of his own Republic on the Move (LREM), which has turned out few homegrown standouts since taking control of parliament in 2017.

“The LREM remains an empty shell that is really a big handicap — It's hard to be a good director of human resources when you don't have the resources,” Paul Quinio wrote in Liberation.

“Emmanuel Macron realises the LREM has not been able to produce any heavyweights,” Perrineau said, predicting centrist lawmakers would play an even smaller role in Macron's governing plans for the last two years of his term.

The LREM lost its absolute parliamentary majority to defections earlier this year, though it maintains voting alliances with the traditional MoDem centrists.

Republicans leaders tried to play down suggestions that Macron could win over other rightwing lawmakers as he plots his 2022 re-election campaign, when he is widely expected to again face off against far-right leader Marine Le Pen.

“If his politics boil down to a cynical show, a simple tactic of poaching individuals, it's pretty sad,” deputy party chief Guillaume Peltier told Franceinfo radio.