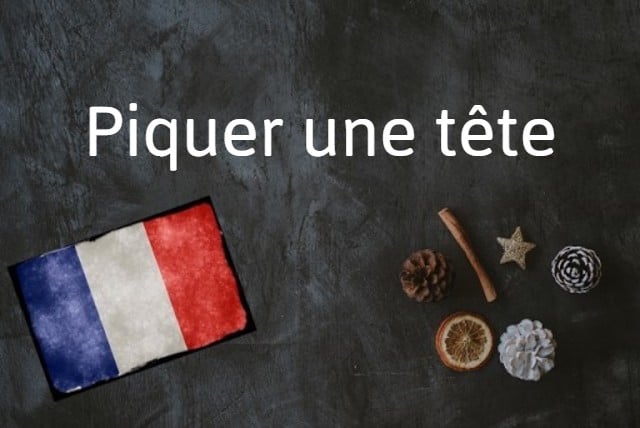 Why do I need to know piquer une tête?

Because you’ll need to know what to say when it gets too hot at the pool.

Its literal translation is 'sting' or 'poke a head', but it refers to to 'plunging head first' into water.

It can also be used when you are throwing yourself on the ground in a situation of crisis (for example during a bank robbery). But mostly it's used for the fun water-related sense.