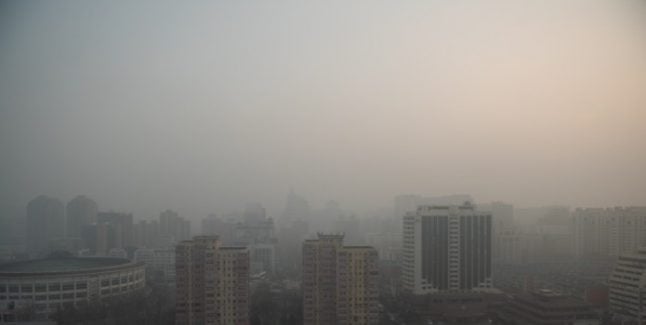 While French officials have been at pains to avoid releasing details of the affair, the pair are accused of working for China, according to several media reports.

Pierre-Marie H. and Henri M. will appear in a special court accused of “delivering information to a foreign power” and “damaging the fundamental interests of the nation”.

Both men worked for France's foreign intelligence service, the DGSE. They face 15 years in prison if convicted.

Both men, now retired, were charged and detained in December 2017, although Pierre-Marie H. has since been released on bail.

His wife, Laurence H., also faces trial, accused of “concealment of property derived from intelligence with a foreign power likely to harm the fundamental interests of the nation”.

The court that tries them will be made up exclusively of professional magistrates, and given the sensitive nature of the case, will probably be tried behind closed doors.

When the story was finally revealed in May 2018, French officials described it as an “extremely serious” case.

The then armed forces minister Florence Parly said that the two were suspected of having committed what could be described as “treasonous” acts that could have jeopardised national defence secrets.

It was the DGSE itself that detected the leak and presented its findings to prosecutors, said the defence ministry.

Affair with an interpreter

Officials have said little about the details of the case or even for which country they were allegedly working.

According to several media reports however, the two men, colleagues at the DGSE in the 1990s, were working for China.

In 1997, Henri M. was appointed as the DGSE's man in Beijing, where he was the second secretary at the embassy. He was recalled early in 1998 after having had an affair with the ambassador's Chinese interpreter.

He retired a few years later and returned to China in 2003, where he married the former interpreter, setting up home on Hainan island in southern China.

Pierre-Marie H., who had never been posted abroad, was arrested at Zurich airport carrying cash after having met a Chinese contact on an Indian Ocean island, according to media reports.

Apart from the China connection, AFP has obtained no independent information linking the two men.

While there have been a number of different theories put forward, both men appear to have been under surveillance for several months before being arrested.

During the 1990s, when Henri M. served in Beijing, tensions were running high between China and France, in the wake of China's 1989 Tiananmen Square crackdown and the 1991 sale of French frigates to Taiwan, he said.

“It's an affair that has caused more than a few problems to the DGSE,” which had to repatriate operatives in China at the time, Renaud told AFP.

The verdict is due to be handed down on July 10.