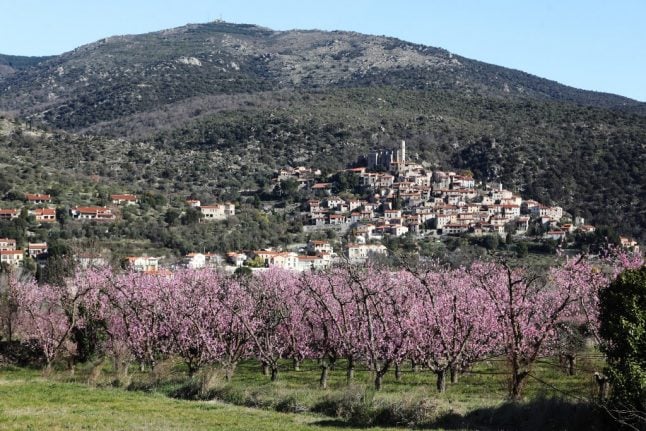 For many people who own property in France, the country is more than just a holiday destination. Second home owners frequently spend long periods here, get to know their neighbours, learn the language and often have long-term plans to move to France permanently.

But whatever their plans for their second home in France, Brexit is likely to have an impact. Many people assume that owning property in France gives them extra rights, but this is not always the case.

Here's the current situation for second home owners on some of the most commonly-raised issues – length of stay, residency, healthcare and making the move to France permanently at a later date – after December 31st, 2020. This is the biggest question for second home owners – how long can they stay in France after Brexit? While some people use their French property purely for short breaks others, especially retirees, often spend long periods at a time in France or divide their year completely, spending the summer in France and the winter in the UK or vice versa.

Under European freedom of movement there is no limit to how long you can stay and no need to plan in advance – if you're having a great time and haven't yet sampled all the wines of the Bordeaux area then just extend your stay by another couple of months, no problem.

However this will almost certainly change after December 31st, 2020, which is when the Brexit transition period ends.

Exactly what the rules will be for second home owners after this date we don't know, it's one of the (many) things that still need to be agreed between the UK, the EU and member states like France.

At this stage, however, it seems likely that British citizens will be subject to the 90 day rule that already governs the visits of non-European citizens such as Americans and Australians.

The 90 day rule states that people can spend 90 days out of every 180 in the EU without requiring a visa. So in total you can spend 180 days (six months) in France but crucially you cannot spend more than 90 days at a time – ruling out extended summers in the French countryside or five months skiing in the French Alps.

The 90 rule also covers your time anywhere in the Schengen zone, so if you plan to visit another country as well this will limit your time in France even further.

Read more on the 90 day rule and how it works here.

For longer stays, non-Europeans are required to get a visa, a process that is expensive and complicated and for people who are not working requires you to demonstrate that you have sufficient resources never to be a burden on the French state. Find out more about visa rules here.

For people who want to spend longer than 90 days at a time in France there is the option to move here full time and apply for residency.

You can benefit from the more generous provisions of the Withdrawal Agreement if you are legally resident in France before December 31st, 2020.

However to gain French residency you must establish the country as your main residence, which means registering with the health system and filing an annual tax return (even if all your income comes from the UK you still need to file a tax return in France if you are a resident here).

There are also conditions attached to being 'legally resident' and they are more onerous than simply owning property or being on French soil – find out what legal residency means here. This is not something that British people in France have previously had to worry about, as the European Health Insurance Card (EHIC) has entitled British people to treatment in France should they fall ill or get injured while they are here.

However as a European scheme this will not be available to British people after Brexit.

An agreement on healthcare has been reached for people who are full time residents in France, but at this stage there has been no deal for visitors or non-resident second-home owners. This means that British visitors to France will need to make sure they have comprehensive travel or health insurance in order for their costs to be covered, in the same way as you would for trips to America or other non EU countries.

Moving to France at a later date

For many second home owners the ultimate dream is to make the move to France permanent, often after retiring. But while this has been a comparatively simple process, after the end of the Brexit transition period it is set to get a lot more complicated.

Exactly what the rules will be for Brits moving to France after December 31st we again don't know – it's on the long list of things yet to be negotiated (along with the little matter of a trade deal) – but they will not be as straightforward as under freedom of movement.

It is likely that the rules will be similar to those now in place for other third country nationals such as Americans, Australians or Canadians. Third country nationals can and do move to France of course, but the process is considerably more complicated, not to mention expensive, and requires visas and – for people not working such as pensioners – extensive proof of your financial situation.

READ ALSO Can British people move to France after the end of the Brexit transition period?

People who have a European spouse or partner – or a British spouse or partner who is legally resident in France by December 31st – can claim spousal rights, which is slightly easier but not exactly hassle free. Find out more here.

There's also the issue of healthcare for pensioners – at present the UK government still pays healthcare costs for British pensioners living in France, but while that will continue for people already living here, early indications are that the UK is not seeking the same deal for people who move after December 31st.

In conclusion then, owning property in France and even paying the French taxes such as the taxe d'habitation that come with it does not entitle you to much in the way of extra rights after Brexit and for many second home owners, life after December 31st is going to be considerably curtailed.