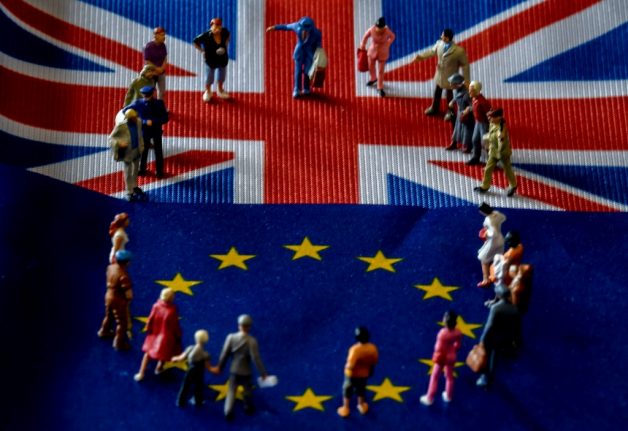 The survey focused specifically on applying for residency, something that all British residents in France now face doing, and found people were worried about the residency requirements, the bureaucracy necessary and the technical demands.

The survey was done by citizens' rights group France Rights and of the 2,727 people who took part, 45 percent said they were either nervous, very nervous or don't believe they will be able to complete the process. You can read the full survey here.

The issue of residency for British people in France has been a fraught one, with contradictory information given at different times over the last four years – particularly on the three occasions when the UK hovered on the brink of a no-deal exit.

As the situation now stands, all British people living in France need to apply for a new residency permit (carte de séjour) but an online portal for applications that was due to go live in July has now been pushed back to October.

Of the people who said they were worried about applying, 25 percent worried they would not meet the criteria for residency, 25 percent said they always felt nervous about dealing with French official processes and a further 16 percent worried about the technical aspects of the online process – either because they were not good with computers or because their internet connection is poor.

A further 13 percent said they feared it would be too complicated and cited long delays in previous applications for residency, healthcare or swapping driving licences with one respondent saying “fonctionnaires and easy procedures are not common bedfellows here”.

The majority of respondents added that having clear, easy to follow information in English would help them to feel less worried, with many commenting that information from both the British and French governments had been ‘basic’, ‘woefully lacking in content’ and ‘not always correct’.

France Rights spokesman Kalba Meadows said: “For over three quarters of those who are nervous to a greater or lesser degree, the key to feeling less nervous is having access to clear and detailed information, in English.

“The importance of detailed, legally correct information cannot be overstated in reducing uncertainty and anxiety.

“Anxiety and stress are likely to lead to mistakes being made in the application process and therefore good information should also have a role in reducing the percentage of failed or incorrect applications. In a constitutive system – where a failed application can lead to loss of residence status – this is vital.

“Lack of reassurance, communication and information from official sources has done little to bolster confidence and has been instrumental in raising anxiety levels. We recommend that this is addressed via the instigation of a robust communication plan by both the British Embassy and the French government.”

She added: “16 percent of respondents have IT concerns, rising to 25 percent of those over 65 who don’t have a current carte de séjour. These are significant percentages and we strongly recommend that such concerns are taken seriously by the French government.”

For more information on residency, healthcare, pensions and driving after Brexit, head to our Preparing for Brexit section or to the France Rights website here.