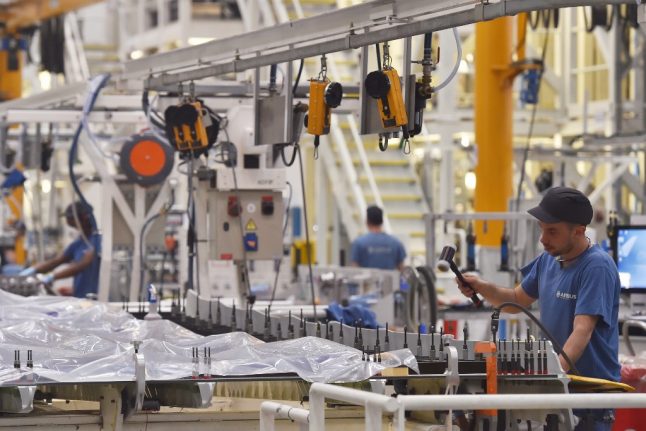 The cuts are to be implemented by the summer of 2021, Airbus said in a statement, and follow a drop of nearly 40 percent of the commercial aviation business in recent months.

“With air traffic not expected to recover to pre-COVID levels before 2023 and potentially as late as 2025, Airbus now needs to take additional measures to reflect the post COVID-19 industry outlook,” it said in a statement.

Airbus is a major employer in Toulouse and south west France, bringing thousands of highly skilled workers to the area. Airbus warned that “compulsory actions cannot be ruled out at this stage”, in an indication that some employees could be made redundant.

It said the plan would now be discussed with unions and Airbus would seek to use different measures to bring about the reductions, including voluntary departures, early retirement, and long-term partial unemployment schemes.

In a sign of the controversy that may be ahead, the French economy ministry said the number of job cuts was “excessive” and urged Airbus to do everything to limit the number of forced departures.

“The aviation sector is facing a massive, brutal and lasting shock. It is highly likely that the recovery will be gradual,” said the ministry.

But it added: “However, the figure of job cuts announced by Airbus is excessive.”

The French government on earlier this month pledged €15 billion for the country's aviation industry in a bid to preserve jobs.

The sector has been hammered by the travel restrictions imposed to contain the outbreak, with firms worldwide still uncertain when they will be able to get grounded planes back into the air.

Its main rival Boeing said in April it plans reduce its workforce by 10 percent through voluntary and involuntary layoffs to face the new situation.

The company had already in April said it was cutting production of its planes by around a third.

“These measures allowed us to weather the early stages of the economic shock,” Faury added in a video message.

But “given the scale of the crisis and the share of our business that has disappeared for the foreseeable future, there is still a need for adaptation.”

“It is our duty to face the reality,” he said, while expressing confidence that Airbus would “recover”.

Airbus's announcement came as union sources told AFP that French flag carrier Air France would cut 7,500 jobs by the end of 2022 as part of a cost-cutting drive that has gained new urgency in the wake of the pandemic.

Most of the job cuts will come from non-replacement of retiring workers or voluntary departures, though layoffs have not been excluded, the union sources said ahead of a works council meeting with management on Friday.

The group joins a long list of airlines that have announced job cuts in recent weeks. Air France has been offered seven billion euros in emergency loans from the French state or backed by it.