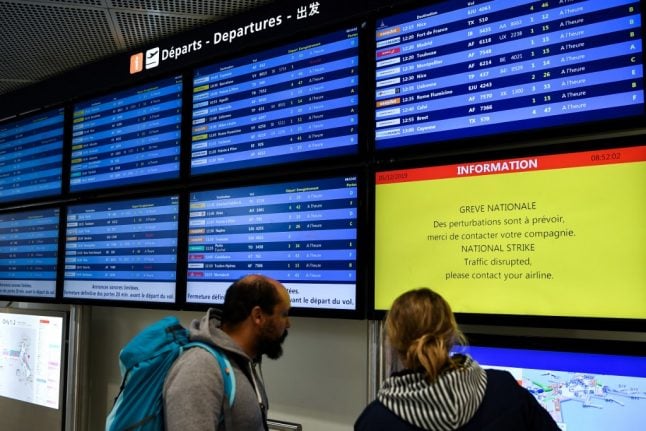 A plane operated by low-cost carrier Transavia took off at 6.25am for Porto in Portugal, marking the first commercial flight since the airport south of Paris came to a halt on March 31st.

Firefighters hosed the plane with a festive “water salute” before it took to the runway.

For nearly three months, all commercial flights from Paris have taken off from the main Charles de Gaulle airport, to the north of the capital, in order to rationalise costs.

MAP: Where can you travel to from France?

To regain the trust of passengers Orly airport has taken measures to check the spread of the coronavirus.

More than 7,000 posters and stickers have been put up to keep people at a safe distance, alongside distributers of hand sanitiser and plexiglass windows at check-in desks and other counters to minimise contact between customers and staff.

Thermal cameras are being used to check the temperatures of passengers.

Airlines including Air France, easyJet, Vueling and Air Caraibes account for most of the traffic at Orly, flying to the Caribbean, Reunion Island, Italy, Spain, Portugal, Iceland and Croatia, among others.

On Friday, officials expect around 8,000 passengers, less than 10 percent of the daily pre-virus average of around 90,000.

A total of 70 flights will take off on that day, compared to the normal run of 600 before the coronavirus health crisis.

Traffic is due to increase to 173 flights per day in July but it will depend much on whether Algeria, Morocco and Tunisia reopen their borders as well as on whether the virus remains under control.