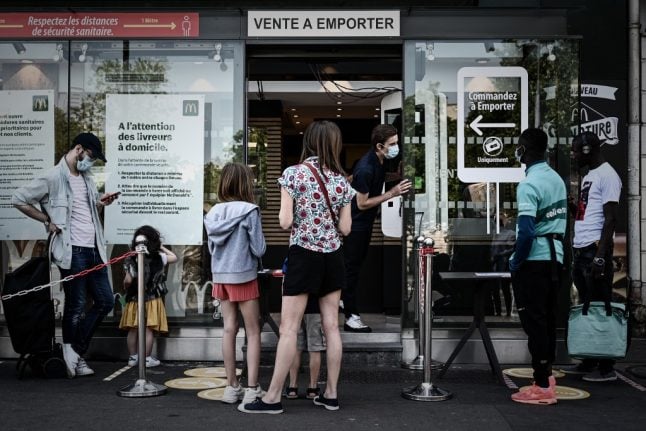 French President Emmanuel Macron this week met with unions and business owners to renegotiate the terms of the state schemes to help businesses through the coming months, as France is headed for a recession predicted to be the worst since World War II.

As many as 900,000 jobs could be lost in 2020, according to the French unemployment association, a number that the French Economy Minister Bruno Le Maire has set at 800,000.

As the coronavirus pandemic forced France into lockdown to curb the spread of the virus, the economy was brought to a virtual standstill causing a crushing long-term impact that could see the GDP slashed by 10 percent this year.

During the crisis the government rapidly ramped up state aid to businesses, spending billions on generous state-schemes to prevent mass-layoffs and chain bankruptcies.

READ MORE: All you need to know about financial help in France for self-employed and business

As economic activity began to resume towards the end of May the schemes – which included giving out grants to self-employed and small businesses as well as a furloughing scheme known as chômage partiel  (partial unemployment) – needed to be reviewed.

This is what we know about the new plan so far, after the first parts were presented on Wednesday.

France’s furloughing scheme allows for businesses to register employees as ‘partially unemployed’, which means the state foots most of their employee’s salary while the employer commits to not firing the employee in that period.

During the lockdown the scheme was crucial in preventing unemployment rates from soaring in France.

More than 8.7 million employees in France were registered on the scheme at the height of the crisis in April, according to the French Labour Ministry, which has calculated that the scheme will cost France about 31 billion in 2020.

In the three months since it entered into effect the scheme has been changed several times. At the outset, the state covered up to 84 percent of an employee’s net salary, with a maximum limit of 4.5 times the French minimum wage (the SMIC, which is currently set at €1,219).

A wide range of groups were included into the scheme – seasonal workers, intermittent workers, part-time workers, trainees, maids and cleaners – to ensure that no group would fall through the cracks.

As of May 1st people on short-term contracts (CDD) and intermittent workers no longer qualified for the scheme.

Chômage partiel: What you need to know about France's crisis unemployment scheme

Two schemes in July and October

The scheme that enters into effect on July 1st will open up for more flexibility for each business, but will be based on an agreement between employers and unions. That means the employer cannot unilaterally decide to furlough an employee.

Businesses that register for this scheme will see the state reimburse 80 percent of a furloughed employee's net salary (85 percent if the deal is signed before October 1st).

The scheme will last for 6 months at the time and be renewable four times.

Crucially, contrary to the current scheme employers will not have to commit to a no-firing policy, which means that an employee can in theory be laid off during the period they are registered as furloughed.

If businesses stick to the other, main scheme, they will be able to sign employees up as furloughed for more than 40 percent of the time, but the state will not foot as much of the bill as previously.

As of October 1st, when the scheme enters into effect, the state will cover up to 72 percent of an employee's net salary (unless they are on minimum wage, of which they get 100 percent covered) over a period of three months. This will only be renewable once, so the maximum period this scheme will last is six months in total.

This scheme does not allow for employers to fire employees while they are registered as furloughed.

The French state set up a “solidarity fund” to help small businesses and self-employed through the coronavirus lockdown, and this fund has been extended to last throughout 2020.

However, not all self-employed or small businesses remain eligible for the fund, according to an official decree published on June 10th.

MAP: Where France is spending its €7bn fund to help self-employed

Since the decree was published, only businesses in sectors that have been “particularly affected by the crisis (hotels, cafés, restaurants, tourism sites, events, sports and culture)” will qualify for the scheme.

The threshold to qualify for the grant has also been raised, with the required income drop set at 80 percent against 50 percent previously.

This year, 700,000 young people are entering the job market. The Economy Minister Bruno Le Maire has previously argued for “a grant for businesses that hire young people,” “either on long-term CDI contract or a six-month CDD contract,” “starting September.”

There will be more clarity on whether such a scheme will be put into place in the weeks ahead.