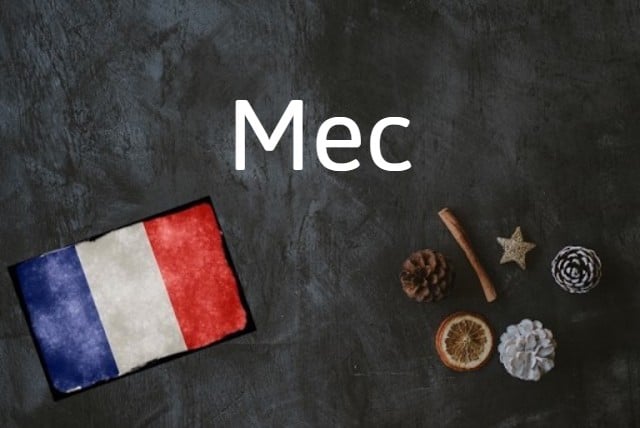 Why do I need to know mec?

Because it’s an example of French slang that is so commonly used that we were surprised to find we had not explained it to our readers already.

Most often, mec is often used by young people as a nickname that expresses fondness between friends.

In this variant, mec becomes a superfluous addition to the sentence, like when you add 'dude' to a sentence in English.

In the other variant, mec replaces another male pronoun, like le monsieur or le type or le garçon.

Salut mec, tu fais quoi ce soir ? – Hey dude, what are you up to tonight?

Je n'en peux plus des mecs qui me sifflent dans la rue, ce sont vraiment des porcs. – I can't deal with guys who whistle when I walk past them, they're such pigs.

The female variant of mec is meuf, which is French slang for ‘woman’, ‘girl’ or ‘bird’.