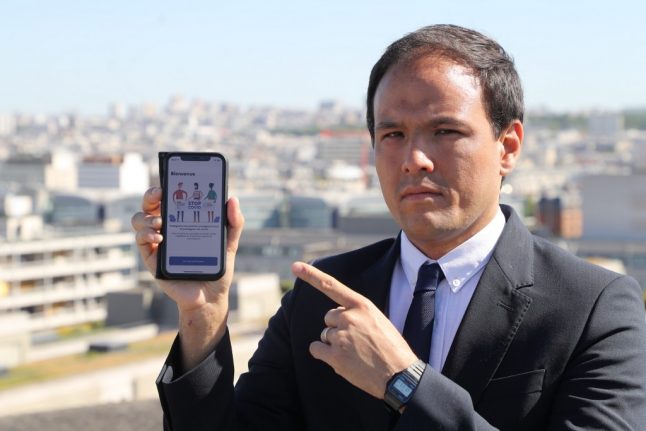 The StopCovid app keeps track of users who have been in close proximity of one another over a two-week period. If any become infected, they inform the platform, which alerts the others.

French officials defended the app as a vital tool for slowing the spread of Covid-19, although critics expressed data privacy concerns.

Since its launch, 68 people informed the platform they had been infected and only 14 users were alerted that they were now at risk because of their contacts with these people, digital affairs minister Cedric O said at a press conference. The minister nevertheless defended the usefulness of the app, arguing that the numbers reflected a decrease in the virus' prevalence.

But he admitted the number of downloads in France paled in comparison with Germany, where 10 million people downloaded the app versus almost 2 million in France.

And in France, 460,000 then uninstalled the app, leaving around 1.5 million users across the whole country.

The difference with Germany isn't to do with the app itself, said Cedric O.

“It's probably more to do with our cultural differences and differing attitudes to the coronavirus,” he said.

“And potentially, it may be linked to a difference in perspective towards respective governments' behaviour during the pandemic,” he added.

The minister said he had no regrets over the choices made regarding the app, which he said would be very useful if there was a new spike in cases.

The app will cost between €80,000 and €120,000 a month for expenses related to hosting and development and maintenance work, a cost that would increase if there were to be a spike in cases, Cedric O said.

Testing apps, touted by some as the best solution to returning life to normal as the virus relents, have had tricky births across Europe.

Britain was due to start unrolling its own app in early June, but those plans were shelved after an initial testing phase revealed major problems.

In a major U-turn, the British government said on Thursday that it was ditching its current coronavirus-tracing app works and shifting to a model based on technology developed by Apple and Google.

France also has an extensive test and trace programme in addition to the app, which involves doctors and health insurance staff calling people who have been in close contact with anyone who has tested positive for the virus.