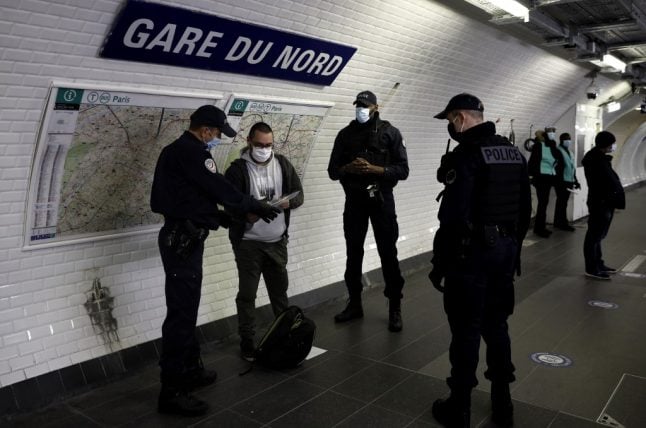 Failing to wear a mask on public transport can earn you a €135 fine. Photo: AFP

Wearing a mask on all forms of public transport, including taxis, is compulsory in France and people who flout the rule risk a €135 fine.

And it seems that will stay the case for some time, according to transport minister Elizabeth Borne.

She told BFMTV: “Wearing a mask will remain compulsory for at least four months after the end of the State of Health Emergency”.

The State of Emergency ends on July 10th – and the government has already said it will not seek to renew it – so that takes us until November.

And if you think wearing a mask is uncomfortable now, just imagine what it will be like on the Paris Metro in August.

The minister added: “We must not forget that the virus is circulating…If we do not want a second wave, we must continue to be attentive.

France has been gradually lifting many of its health restrictions as the number of Covid-19 cases continue to fall.

However there are still some rules in place, including a ban on large gatherings, kissing and restrictions on international travel.