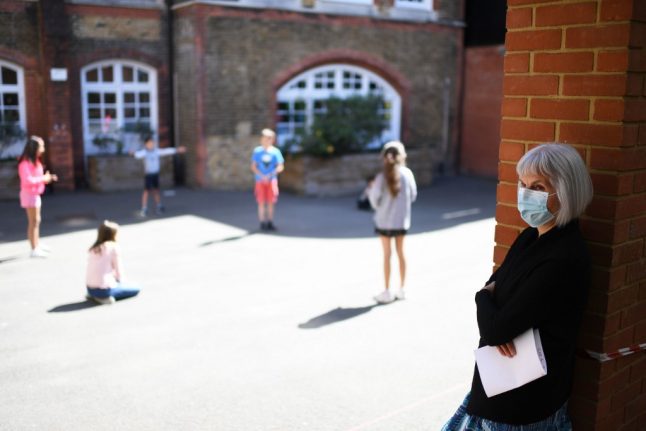 French schools were shut down on March 16th, the day before the country went into lockdown, although in areas that had high levels of Covid-19 cases many local authorities had already closed schools.

As the country began to emerge from its strict two-month lockdown, schools were among the first things that reopened on May 11th – albeit only for a very few pupils.

The gradual and phased reopening began with primary schools then moved to secondary schools in June, but strict limits on class sizes meant that many pupils were only attending part time, while some parents opted to continue with home schooling.

But from June 22nd, schools reopen fully and attendance is compulsory. Here's a look at the main points:

Minimum space requirements have been relaxed. This is the big change that has allowed schools to run full classes again. Previously they needed to allow for 4m sq of space per pupil, which limited class sizes even without the maximum class size limit. This has now been relaxed to 1m sq per pupil, allowing most schools to resume full classes again. The maximum class size of 15 (10 in nurseries) has also been scrapped.

There are still strict hygiene measures in place, with hand-washing and hand gel use enforced and teachers keeping classes separate as far as possible. Many schools have also brought in new rules for parents doing the drop-off and collection.

Today marks the real reopening of schools in France. All kids are back in and everyday (relief for parents) for last two weeks of term. It's obligatory (for most) rather than voluntary as it has been since May 11th. Big queues outside school gates to keep distances. pic.twitter.com/cV2PlHStF9

Schooling is once again compulsory – during the early stages of lifting lockdown, it was up to parents whether they sent their children back. However, the education minister Jean-Michel Blanquer has said that authorities will not fine high-risk parents who don't want to send their children back to school.

Parents who fall into a high-risk Covid-19 group – for example those with severe asthma or people undergoing chemotherapy treatment – will not be fined, provided they are in communication with the school and come to an agreement to continue with home schooling.

“School principals won't chase up the parents, they won't waste their time keeping track of absent pupils or putting the matter up to a disciplinary board,” Jean-Rémi Girard, president of the National Union of High Schools and Colleges (SNALC), told LCI radio.

“At best they will call the parents on the first day of the child's absence from school, they will agree on a reason why, and it will stop there.”

Pupils who fall into high-risk categories can also obtain a medical certificate to stay off school.

The return to school is not a long one – it will last for two weeks in fact before schools break up for the summer holidays on July 4th.

France early on decided that the school year would not be altered and the eight-week summer holiday would continue as normal. Summer holiday clubs and activities which working parents often enrol their children into will go ahead as normal this year.

The government has defended the two-week return to school, saying it was crucial for schools to reestablish contact with pupils and their families before September and identify any pupils at risk.

Towards the beginning of the lockdown, the education ministry revealed that between five and eight percent of pupils had been 'lost' to the system – with no contact between schools and pupils or their parents and no online schoolwork completed.

President Emmanuel Macron was a strong component of reopening school as early as it was safe to do so, arguing that it was crucial for equality, as disadvantaged pupils would lose out on much more education that their middle class classmates during the lockdown.