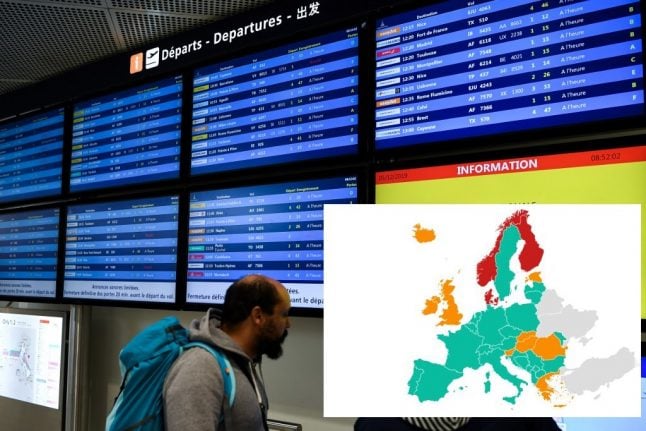 From June 15th the EU has recommended a generalised easing of border controls within the European bloc.

But while many countries including France, Germany, Italy and Switzerland have opened up their borders, there are plenty of other countries that are either still restricting entry or imposing extra requirements such as quarantines.

European travel restrictions are based on where you are coming from, not which passport you hold.

So if you're based in France, here's a look at where you can go.

France no longer has any limits on travel for anyone arriving from the EU, the UK or the Schengen zone, although arrivals from the UK and Spain are “invited” to do a voluntary 14-day quarantine.

Spain lifted its quarantine requirement on June 21st, so travel between France and Spain is now open, and high-speed train services between French and Spanish cities are set to resume.

Other countries have imposed compulsory quarantines on international arrivals including the UK. France has  declared a reciprocal quarantine for arrivals in France from the UK, but this is voluntary. The British quarantine has no end date, but is due to be reviewed by June 29th.

Travel outside Europe is still restricted, but if you fancy a longer trip the islands of Gaudeloupe, Martinique and Réunion are part of French territory and therefore have no restrictions for people arriving from France.

Note: Border policies are subject to change and remain at the discretion of the responsible country.

Always check with the responsible country if you will be able to enter with the passport(s) you hold.

If you are travelling to an EU country, the EU's Re:open site gives the latest travel information.