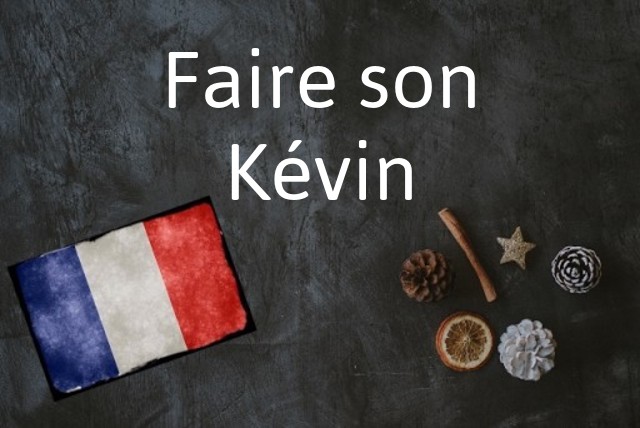 Why do I need to know faire son Kévin?

This is French teen-speak, so if you plan on hanging out with teenagers or would just quite like to know what they're on about, this is a handy little phrase.

It means to be childish, immature or just generally lame and annoying.

It's unlikely to be one that you will need during an appointment with your bank manager, but if you hear a French teenager tell their mate Jean-Pierre, arrête de faire ton Kévin it basically means that Jean-Pierre is being childish, immature and getting on everybody's tits.

You can use it to talk about people too.

Ah, il a fait son Kévin donc je suis parti – Oh, he was being really annoying so I left

So why does Kévin get this dubious honour?

The name then rapidly fell out of favour, meaning that by the mid 2000s there was a whole generation of teenage Kévins and the word came to be associated with the classic teenager – grumpy, lazy and annoying.

So if you accuse someone of 'doing their Kévin' it means they are acting like everyone's worst stereotype of a teenager.

There is a female version – faire son Vanessa – but it's much less widely used.