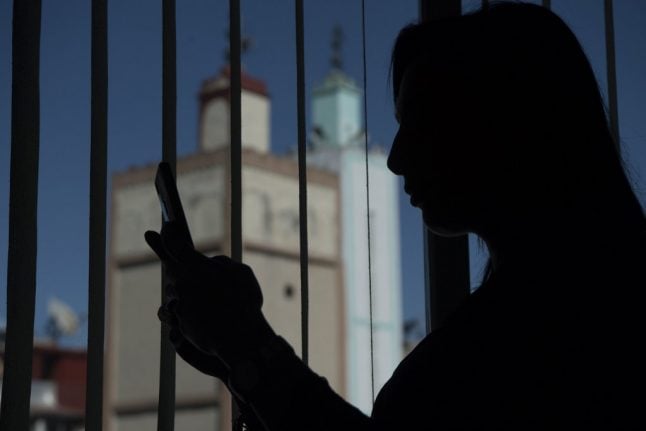 Mila and her family were put under police protection. Illustration photo: AFP

The case of 16-year-old Mila – who called Islam “a shitty religion” on an Instagram post that went viral – revived debate in France about freedom of speech and highlighted deep societal divisions on the topic.

Mila's family was placed under police protection amid the fallout, and the girl had to change schools.

READ ALSO What is the affaire Mila and what does it say about France and Islam?

On Wednesday, prosecutor Audrey Quey, said three teens – one aged 16 and two 17, have been charged in the case.

Quey is the prosecutor in Vienne in the Isère department in southeast France where Mila is from.

The 17-year-olds admitted to investigators earlier this month that they had collected Mila's private online data and passed it on to the younger boy.

The two face charges of theft and possession of stolen data, and were placed under judicial supervision pending the outcome of the investigation, Quey said in a statement.

One of them was also from Isère, and the other from the neighbouring Rhone department.

The 16-year-old, Quey said, was questioned in February and admitted having distributed Mila's personal online data.

Charges against the boy, from Besancon north of Isère, include possession of stolen goods, electronic harassment, and distributing a third party's personal data. He, too, was placed under supervision.

A fourth person, alleged to have been behind death threats to Mila, was arrested in May, the prosecutor said.

“Investigations are continuing with a view to identifying others behind the threats,” said Quey.

In February, French President Emmanuel Macron came out in defence of Mila, saying the right to blaspheme was enshrined in the constitution and that the girl needed to be protected.

An investigation into possible charges of provoking racial hatred against Mila was abandoned in January.