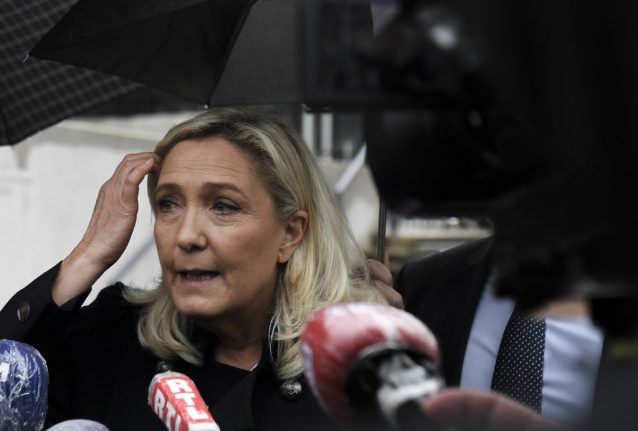 A European MP for the party, since renamed the Rassemblement National (National Rally), and a close associate of Le Pen also received jail terms for fraud.

The party was however acquitted of taking part in a fraudulent scheme to overcharge candidates for party election leaflets that were in turn refunded by the state.

The scheme obliged each candidate standing for election for the Front National in 2012 to buy an election kit consisting of campaign material, such as posters and leaflets, from a micro-party linked to the central party.

The ready-made kit cost €16,650 but an investigation found that the true cost of the material was €4,000. That was a large profit-margin for the makers, a company called Riwal run by an old friend of Marine Le Pen, Frederic Chatillon, who was handed the ten-month prison sentence.

European MP Jean-Francois Jalkh, legal expert for the party, received six months and a five year election ban for the part he played in the scheme.

The French state was claiming €11.6 million in damages and prosecutors had demanded a fine of €500,000 against Le Pen's party.

The party was acquitted, as judges said they could find no evidence of “fraudulent manoeuvres”.

But the ex-Front National was found guilty of benefitting from fiscal advantages provided by Riwal, such as a loan of several million euros without interest over the course of three years.

Marine Le Pen has sought to rebrand the French far-right in a bid to attract wider support and is again seen as the main rival to incumbent President Emmanuel Macron in the 2022 elections.