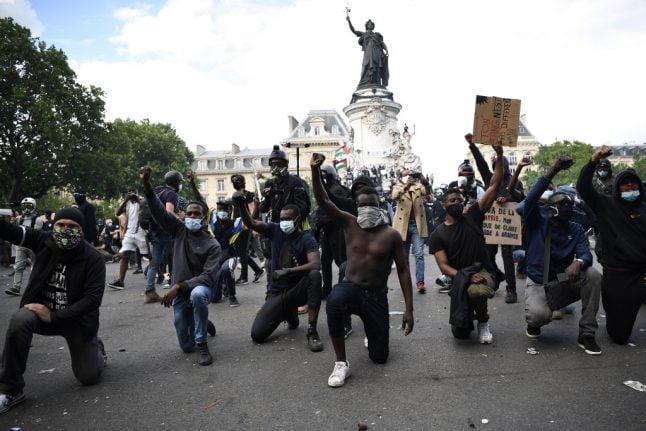 As France reels from allegations of racism in the ranks of its police, a debate has resurfaced on lifting a long-standing ban on racial population data, which some say could help paint a clearer picture of inequality in the country.

Ndiaye, who is Senegalese-born and has complained of casual racism in her adoptive country, argued in a letter in Le Monde newspaper at the weekend that France should have an honest look at the “representativity of people of colour in the public, political, economic and cultural life of our country”.

A 1978 French law prohibits the collection of data on a person's race, ethnicity, or political or religious opinions for the national census or other surveys.

This means there is no official data on the racial makeup of the population of France, long a country of immigration, including from its former colonies in North and West Africa. Thousands of people have taken to the streets in France in a series of protests the past weeks in an echo of the Black Lives Matter in the United States. Photo: AFP

Race is a sensitive topic in France, a country deeply scarred by the memory of the Vichy government under German occupation during World War II rounding up and deporting Jews to Nazi concentration camps.

Ndiaye's boss, French President Emmanuel Macron, said Monday he did not wish to revisit “at this time” an issue that divides even the almost exclusively white members of his government.

Macron “supports concrete actions to fight discrimination rather than a new debate on a subject unlikely to yield rapid and visible results,” a presidential adviser, who asked not to be named, told AFP.

In an address to the nation Sunday night, the president promised an “uncompromising” fight against racism after recent demonstrations against alleged prejudice in the police.

On the same day, Human Rights Watch said France should halt identity checks by the police that are “abusive and discriminatory” towards black and Arab males.

In his address, Macron acknowledged France must address the fact that “the name, the address, the colour of the skin” can affect a person's chances in life.

Ndiaye pressed on with her campaign on Monday, telling broadcaster France Inter that racial data could help fight “subtle racism”. Her proposal was shot down by cabinet members, including Finance Minister Bruno Le Maire and Budget Minister Gerald Darmanin.

“I remain unfavourable to ethnic statistics which do not correspond with French universalism,” Le Maire told Franceinfo, emphasising a French citizen was French irrespective of origin or race.

Darmanin told BFMTV he would rather support statistics based on where people live.

“When you come from a disadvantaged neighbourhood… whatever the colour of your skin, it is more difficult to find an internship than when you are someone of a skin colour different than whites, as they say today, living in the seventh arrondissement of Paris”, a rich neighbourhood.