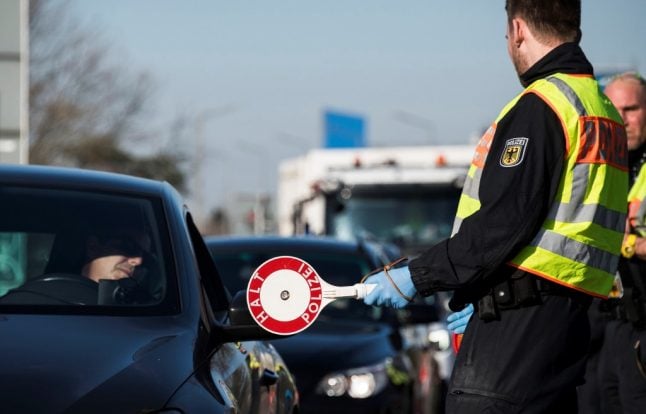 The bloc has recommended that the member states fully reopen their frontiers with each other on June 15, and many countries are planning to relax controls on that date.

But the border reopenings have been far from harmoniously coordinated.

Early birds… and those that never closed

Italy, which has been among the world's hardest hit by the new coronavirus pandemic, reopened its borders on June 3rd, lifting all restrictions for travellers from within Europe.

Bulgaria, Croatia, Hungary, Latvia, Lithuania, Estonia, Slovakia and Slovenia have also already begun to lift restrictions for foreigners entering their countries but excluded those from nations they deem as not safe – in many cases that list includes Sweden and the UK.

Poland has reopened its borders to all fellow EU members and the UK from June 13th.

Neither did tiny Luxembourg – but quickly found all its neighbours closing their borders instead.

In line with the EU's plans to reopen borders in the bloc by mid-June, Belgium, France and Greece are lifting restrictions on Monday for travel within Europe.

Paris, however, has specified it wants reciprocity and has imposed (voluntary) quarantines on travellers from the UK and Spain in response to those countries' quarantines.

Greece, on the other hand, has gone further, also allowing travellers from farther afield, such as Australia, New Zealand, Japan, South Korea, China, Israel and Lebanon.

There has been confusion on the French-Germany border with France opening its side at midnight on Sunday/Monday while the German government is holding out a further 24 hours until midnight on Monday/Tuesday. This picture taken on May 9th, 2020, from the French side of the Europe Bridge in Strasbourg shows a few dozen Pro-European Union activists waving EU flags on the German side of the Rhine river as they mark Europe Day and protest against the closing of the borders between France and Germany. Photo: AFP

Therefore on Monday, people will be allowed to enter France from Germany, but anyone wanting to enter Germany from France will still face border restrictions.

The Dutch government has announced it would ease warnings against non-essential foreign travel from the same date.

Austria, which has already opened its borders to most of its neighbours, will on June 16th lift travel restrictions with a total of 31 countries – but has excluded Portugal, Spain, Sweden and the United Kingdom.

The Czech Republic is also allowing free travel with a number of European countries from Monday, but restrictions are still in place with those deemed a risk due to their levels of coronavirus infections.

The land border with Portugal will however remain closed until July 1st. Portugal has suffered a much lower death rate than Spain from the coronavirus epidemic.

However, Spain's Balearic Islands will see an earlier contingent of foreign guests when they welcome 11,000 Germans from June 15th in a pilot project for the revival of the crucial tourism sector.

Romania has not yet announced when it will re-open its borders to  foreigners without restrictions.

Meanwhile, others are lifting border controls, but are still doing so more gradually.

Denmark opens its borders to Germany, Norway and Iceland for visitors from Monday as long as they can show they plan to stay outside the capital Copenhagen for at least six consecutive nights.

For its part the UK has kept its border open throughout the pandemic but has since imposed quarantine rules on travellers arriving in the country.

While there are exceptions for certain travellers such as cross-border workers and truck drivers, those entering the UK are asked to fill out an online form in which they must give their address in the UK and then self-isolate for 14 days.

Those who breach the rule risk fines of up to £1,000 in England.

The UK's quarantine rule is set to remain in place until at least June 29th.