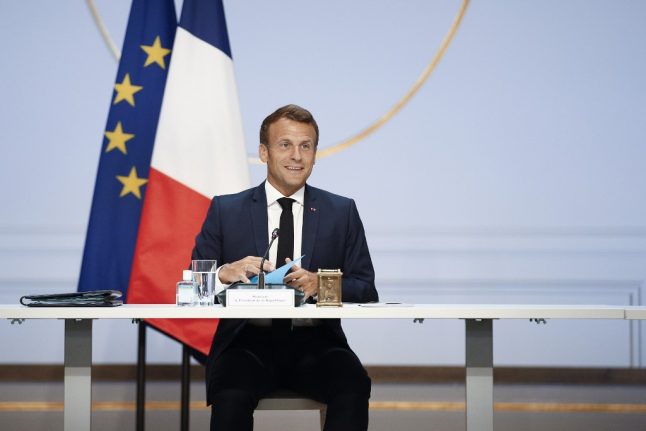 French president Emmanuel Macron will be on TV on Sunday. Photo: AFP

In his address to the French people on March 16th, Macron declared “we are at war” and introduced the nationwide lockdown – the strictest controls on population movement since World War II.

This time, with the majority of lockdown measures lifted and the virus situation in France declared under control, is likely to be a little less dramatic.

So what is the president expected to announce in his broadcast on Sunday evening?

At present France is in phase 2 of lifting lockdown and that phase is expected to last until June 22nd. We already know some of the things that will happen once phase 3 begins, including reopening cinemas and loosening some of the extra restrictions in the orange zone around Paris.

It is possible that the president could bring forward some of these measures, or provide an outline on further measures to be taken after June 22nd, but it is not expected that there will be any major announcements on lockdown rules. Will more children be allowed back to school? Photo: AFP

An Elysée source told AFP that the president “will take a look back at the management of the crisis and the measures taken, such as the battle for employment, the aid plan by sector or the Franco-German mobilisation for a European strategy”.

France's schools have virtually all now reopened, but strict limits on class sizes and other health measures mean that most pupils are still attending only part time, while others remain at home.

Macron himself was a strong advocate of reopening schools as early as was safe and practical, saying it was vital to protect the most disadvantaged pupils.

Some headteachers (and many parents) say they hope for a relaxing of the rules which will allow more children to go back to school.

As the immediate health crisis recedes, attention is switching to the economy, battered by months of virtual standstill during the lockdown.

France has already launched several packages of economic help for small businesses and self-employed people, as well as packages for specific industries including tourism, aviation and the culture sector.

Macron is likely to focus heavily on the economy in this address and may announce the creation of extra funds and assistance packages targeted at certain sectors or initiatives for job creation and apprenticeships.

He is also expected to talk through the deal that he made with Angela Merkel to create a European 'solidarity fund' for businesses affected by the pandemic and lockdown.

The French government has always said that large public events will be the last thing to resume, and a provisional date for restarting sports matches with crowds has been set for September.

However after Macron met the head of the French football federation Noël Le Graët this week, some are pinning their hopes on an earlier restart to the season.

Le Graët told the French sports press: “The president is very much aware of the latest football news. He wants to make sure that football can resume quickly and with spectators.”

After more than a week of protests on the subject of racism in France and police violence, Macron is expected to take a firm anti-racism stand after his silence on the subject so far was criticised.

Rumours of trouble between the president and his Prime Minister Edouard Philippe have been swirling for some time, but it is considered unlikely that this will form part of the president's address. It also seems unlikely, contrary to rumours sweeping French Twitter, that Macron will announce his own resignation.