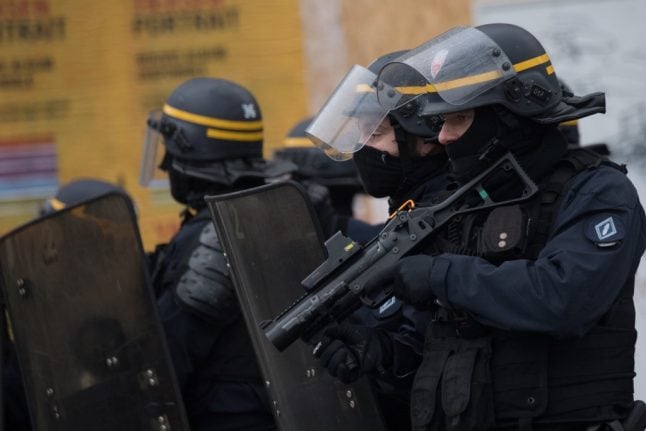 France's CRS riot place had accused Tom Ciotkowski, a council worker from Stratford upon Avon, of being violent and insulting them while helping migrants in northern city Calais.

But a court in Boulogne-sur-Mer acquitted him in June 2019.

Ciotkowski in turn filed a complaint against three policemen and accused them of putting him on trial for “trumped up charges”.

The prosecutor's department in Boulogne-sur-Mer received the national police oversight body's report on the incident in February and decided to press charges in April.

“The facts presented by the police have proven to be false,” prosecutor Pascal Marconville told AFP.

The sergeant's report and the evidence given by his two subordinates do not “reflect reality,” he said.

The three policemen will face a criminal trial in early 2021 for the falsification of evidence. The sergeant is also charged with violence by a person entrusted with public authority.

Humanitarian organisations regularly accuse the police of harassment, but according to them it is the first time that a complaint has led to a trial.

“With police abuses and the lack of justice for these currently in the spotlight, the news that these three policemen will face prosecution is both timely and welcome,” said Amnesty International France Programme Manager Nicolas Krameyer.

The news comes amid growing scrutiny of the conduct of the police in France, where critics accuse the force of entrenched racism and brutality.

“Once again, video footage of the incident has made these charges possible.

They are the shield against the logic of impunity systematically sought by the police,” said Ciotkowski's lawyers, Appoline Cagnat and William Bourdon.

“The charges are a strong signal in sharp contrast with the presumption of credibility invariably attributed to police officers, even if there are many opposing testimonies,” they said.

According to France's riot police, Ciotkowski had “shoved (the policeman) in the chest” and called him a “bitch bastard”, prompting the officer to push back in self-defence, causing him to fall over a security barrier.

In footage of the incident released by Amnesty, Ciotkowski explains how a policeman twice kicked a volunteer then hit a woman next to him.

“I felt lucky that I hadn't died really. None of us had done anything wrong,” said Ciotkowski.

Contacted by AFP, the policemen did not wish to comment.