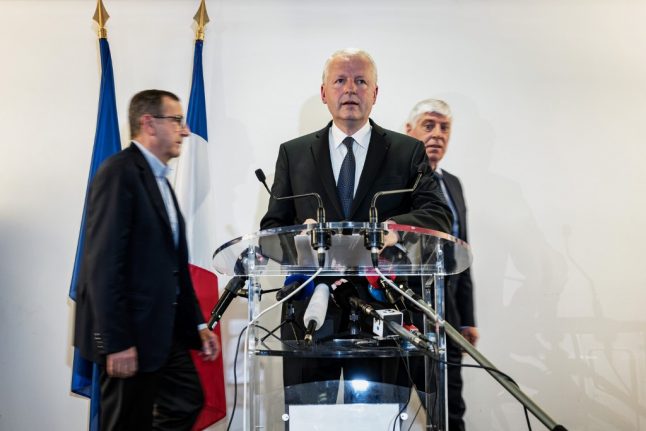 Like many governments around the world, French political leaders have faced criticism for their handling of the coronavirus pandemic, but now things have moved from criticism to a formal criminal investigation.

Who launched the investigation and why?

The investigation is lead by the Paris chief prosecutor Remy Heitz but will focus on the whole of France – the Paris prosecutors office has jurisdiction over matters of public health, as well as over crime in the capital city – where most of the country's health bodies are based.

The prosecutor has acted after receiving more than 40 formal complaints filed by civil groups and members of the public. Protective equipment for staff has been a big issue in France. Photo: AFP

What will the investigation look at?

This investigation has limited scope and will be looking at specific things.

These are; the alleged failure to put in place anti-virus protections at the workplace, to provide face masks to reduce infection, and to roll out testing to diagnose carriers of a virus.

Possible charges of involuntary homicide, involuntary injury, endangering life, failure to combat a threat and non-assistance to persons in danger are being examined.

Public health body Santé Publique France will be a focus of the enquiry, along with the health ministry and the national prison administration.

The investigation will not focus on “political or administrative responsibility,” Heitz told AFP, but whether national decision-makers had committed “possible criminal offences”.

And what won't it look at?

It will not be looking at the political response or issues like the strict nationwide lockdown and accompanying measures, nor the performance of French hospitals.

The country's Ehpad nursing homes – which reported high death tolls from Covid-19 – will also not be part of the investigation.

As a prosecutor, Heitz will be looking only for evidence of a crime, and to prove liability the evidence will have to show wilful fault, rather than simple negligence or error. Public health officials such as Jérôme Salomon will be the focus of the enquiry, not government ministers. Photo: AFP

Could politicians be jailed?

President Emmanuel Macron has come in for a lot of criticism for his handling of the pandemic – particularly around the supply of PPE to medical staff, advice on masks and the testing programme. However as the head of state he has immunity from prosecution.

Government ministers can only be held accountable by the Court of Justice of the Republic (CJR), an administrative tribunal, so will not be part of this investigation. The CJR, however, has received around 80 complaints so it could launch its own probe.

Probably the most high profile figure targeted in this investigation is Jérôme Salomon, France's Director of health and head of Santé Publique France. He has become a popular figure in France from his calm nightly televised briefings giving the latest on the health situation but has also been the target of conspiracy theories – some anti-Semitic – focusing on France's handling of the crisis.

For those hoping to see public health officials swiftly in the dock, he has sounded a note of caution.

To prove liability, the evidence would have to show a wilful fault, not simple negligence, said the prosecutor, adding the investigation “must be carried out with caution”.

He said the probe would also consider the state of scientific knowledge that authorities had about the disease, mask use and testing, when they made their decisions.

“If there is criminal wrongdoing, it will probably have been – it's a hypothesis – unintentional,” Heitz said.

The criminal investigation does not rule out other enquiries into the political response.

Officials in France say the virus is now under control and the track and trace system is working to identify clusters and control them before the spread.