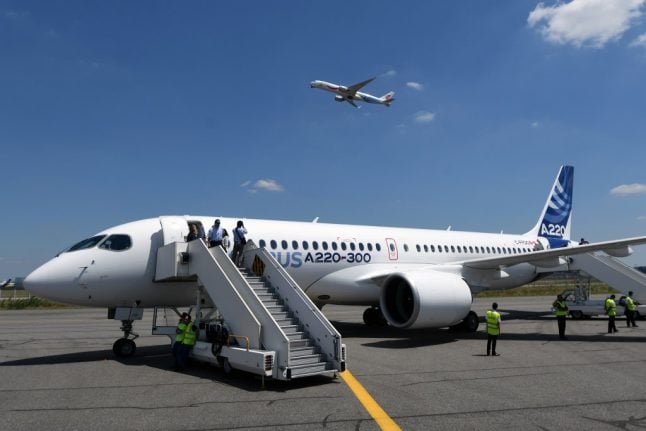 “We are declaring a state of emergency to save our aeronautics industry so that it can be more competitive,” Finance Minister Bruno Le Maire said at a press conference in Paris.

The southwestern French city of Toulouse hosts the headquarters of pan-European aircraft maker Airbus, which for decades has supported hundreds of suppliers and service providers in the region.

But orders are being cancelled or put on hold indefinitely as airlines worldwide ground planes amid the travel restrictions, with many fearing it could take years to recover in case of strict new hygiene rules – such as requiring middle seats to remain empty.

Airlines have parked up to 90 percent of their aircraft, some 4.5 million flights have been cancelled so far, and an estimated $314 billion in revenues will be lost this year, according to the International Air Transport Association (IATA).

The International Civil Aviation Organisation, for its part, estimates the pandemic will reduce the number of airline passengers by 1.5 billion by the end of the year.

The French government has already announced that Air France-KLM, which posted a €1.8-billion loss in the first quarter, will get €7 billion in loans either directly from the state, or backed by it.

That money will allow it to go through with a purchase of 60 Airbus A220 airliners and 38 long-haul A350 jets. Both planes offer fuel efficiencies and fewer carbon emissions, a growing concern among environmentally-conscious flyers.

The French state and Airbus, as well as Dassault Aviation, Thales and Safran, will contribute €200 million each to a fund for small and midsize firms, in particular to help them invest in carbon-reduction technologies.

The plan also includes €1.5 billion to spur research on a future “carbon neutral plane” over the next three years, with a goal of having the plane in operation by 2035, Le Maire said.

Defence Minister Florence Parly, who attended Tuesday's press conference alongside Environment Minister Elisabeth Borne, said €600 million of planned military orders would be accelerated, including the purchase of three Airbus A330s that will be converted to refuelling planes, and eight Caracal troop transport helicopters.

The military will also double its orders reserved for small and midsize firms, to some €100 million, to develop light surveillance planes and drones, “ensuring 1,300 jobs for the next three years,” Parly said.

Le Maire brushed off concerns that the United States or other countries would protest the state aid as unfair help, amid a long-running feud at the World Trade Organisation over subsidies to Airbus and its American rival Boeing.

“We're not going to be the village idiots who let hundreds of thousands of jobs be destroyed, and the skills they represent… by saying 'sorry, those are the rules, we have no choice',” he said.

“We play by the international rules, but we also note that the American government is massively helping its aviation industry, which is perfectly understandable, and it seems that China is doing the same,” he said.

Governments worldwide have provided airlines with $123 billion to help weather the coronavirus storm, the IATA said last month, though it warned the assistance was adding to surging debt levels that would eventually need to be repaid.

The support for the aviation sector comes after French President Emmanuel Macron promised last month €8 billion for the auto sector, with a focus on developing the electric vehicle market. 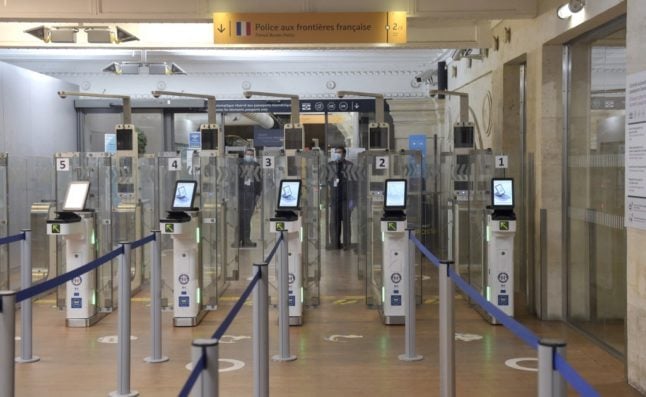 Question: Since Brexit, we have our titres de séjour, but our children are under 18 so don’t have them. We have heard people talk about a DCEM for travel – is this compulsory?

Under current rules, children of non-EU residents living in France – including post-Brexit Britons – are not required to have a titre de séjour of their own.

But what about when it comes to travelling outside France, things can get complicated.

There is one document that parents of non-EU minors can apply for called the Document de Circulation pour étranger Mineur (DCEM).

“A foreign minor residing in France is not obliged to hold a residence permit. However, to facilitate their travel outside France, they can obtain a circulation document for foreign minors (DCEM),” reads the French government website.

The DCEM is not required for travel, but it can make things easier – especially for older children travelling on their own.

Plenty of reports suggest that even though non-EU minors are travelling with parents who can prove residency in France, it won’t spare them from being grilled at the border and having their passport stamped. But carrying a valid DCEM would spare all that.

If a non-EU child cannot show a DCEM with their passport, customs officials could stamp their passport on departure and arrival in France or the Schengen area.

This could – in theory – lead to more issues and questions by border police the next time they try to leave or enter France, especially if the two trips are more than 90 days apart, which could see the child classed as an ‘overstayer’.

As non-EU citizens British minors and their parents have also been advised to get the document, as one British father resident in France can attest.

The father who lives in south-west France, said he was told a DCEM was obligatory when he travelled to the UK with his teenage daughter in October for a brief visit.

“The visit was arranged in a hurry, because we’d just learned my father is terminally ill,” he said.

“We knew about the document, but had assurances from the préfecture that we could travel without it. But customs officials at the border handed me a note, with details about the DCEM, as we flew out, having checked my daughter’s passport for an earlier entry stamp, and said we really needed to have it,” he said.

“They also checked for a stamp on our return a few days later. When I said we would get a DCEM as soon as possible, we were allowed to continue, but my daughter’s passport was again stamped. We now have one for her, so future travel shouldn’t be a problem.”

One British mum living in Normandy reported that her 17-year-old son, travelling on his own, was detained and grilled by border guards at Caen when returning to France from a trip to the UK.

Natasha Alexander said: “He had on him his Carte Vitale, his school report, several attestations that he lived here, covid free etc, a facture/bill in my name, a copy of my passport, a copy of my Titre de Sejour. He was held for 45 minutes by douanes (customs) and told in no uncertain terms that he could not prove he lived in France.

“Despite telling them, in fluent French, that what else did he need to prove he was resident? He also did not have a Titre de Sejour because he was under 18 and did not need one. Eventually he was let through but not a pleasant experience.”

READ ALSO What happens if you overstay your 90-day limit in France?

How do I get a DCEM?

The child’s parent or legal guardian must apply for a DCEM in advance of any travel outside French borders. You can apply online HERE or at your departmental préfecture.

Once received, this document lasts five years, or until the child in question reaches the age of 18, or until the parents’ right to reside in France ends.

You will need to supply a number of supporting documents, including:

Plus, documents proving your parental or legal guardianship over the minor

As always, any documents not in French will need to be translated.