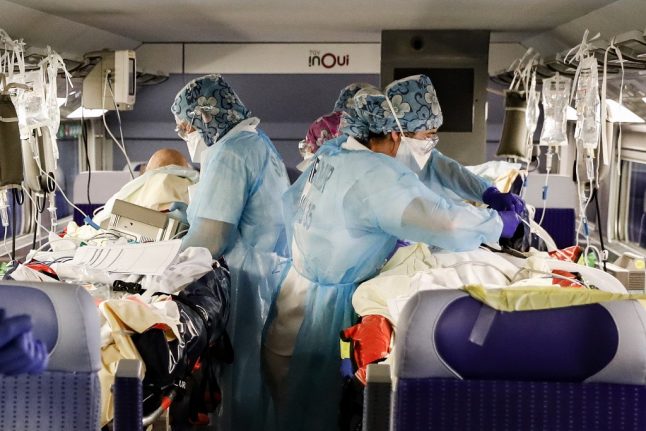 The investigation, which comes after complaints were filed by members of the public, is not aimed at determining “political or administrative responsibility,” Remy Heitz told AFP, but whether national authorities had committed “possible criminal offences.”

President Emmanuel Macron, as head of state, has immunity from prosecution and is not a target of the inquiries.

The statement from the prosecutor said that 62 complaints or reports had been received, mostly concerning endangerment of the lives of others, involuntary homicide or injury and failing to fight a dangerous disaster.

The complaints relate to the alleged failure to put in place anti-virus protections at the workplace, to provide face masks to reduce infection, and to roll out testing to diagnose carriers of the virus.

The Paris prosecutor's office has jurisdiction over issues of national public health, and over crimes allegedly committed within the borders of the city, where most of the state authorities targeted by Heitz's inquiry are based.

They include Jérôme Salomon, head of the Santé Publique France health agency, who has gained widespread prominence from his nightly summaries of the virus's toll at the height of the outbreak.

His agency will also be a focus of the inquiry, as is the health ministry and the national prison administration.

Old age homes, many of which are privately operated, are not part of the probe.

Possible charges of involuntary homicide, involuntary injury, endangering life, failure to combat a threat and non-assistance to persons in danger are now being examined by a branch of the prosecutor's office dedicated to alleged threats to public health.

“If there is criminal wrongdoing, it will probably have been – it's a hypothesis – unintentional,” Heitz said.