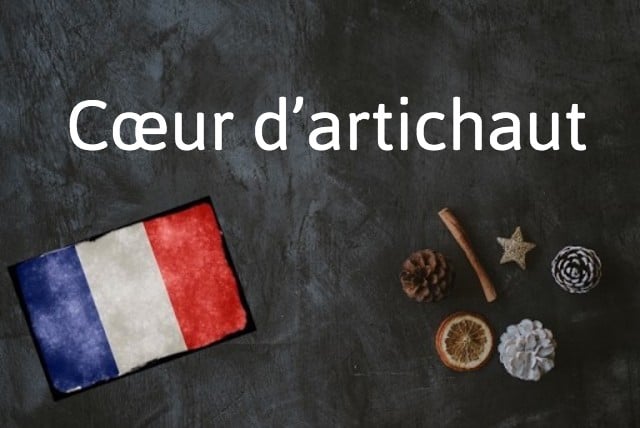 Why do I need to know cœur d’artichaut?

It's a canny turn of phrase without a good English equivalent – although it really should.

Cœur d’artichaut literally translates to ‘artichoke heart’, which is the core of the artichoke vegetable that you often find as a (delicious) starter in French restaurants.

If you’ve ever had a proper artichoke starter in France, you don't get a canned, yellowed reduction of its full self, but as a large green plant that you nibble down.

Break of the leaves, dip them in a sauce and chew off the edible part until all that’s left is the soft interior – the heart.

READ ALSO: The 9 'English' phrases that will only make sense if you live in France

As well as being delicious and something we thoroughly recommend you try, this is also a canny way to illustrate the meaning of cœur d’artichaut, which the French use to characterise someone who falls often and easily in love.

The full proverb dates back to the end of the 19th century and says: Coeur d'artichaut, une feuille pour tout le monde – Artichoke heart, a leaf for everyone.

READ ALSO: 'I realised how prudish America was when I came to France' – Parisians tell their stories of multiple loves
Use it like this
Richard est un cœur d'artichaut, ça suffit qu'on lui sourit et il tombe amoureux ! – Richard falls in love very easily, it's enough that someone smiles at him and he falls in love!
Je n'en peux pas m'empêcher, je suis un cœur d'artichaut. – I can't help it, I fall in love so easily.
Elle s'attache vite, mais elle n'a pas peur. C'est un vrai coeur d'artichaut. – She attaches herself quickly, but she isn't scared. She really falls in love easily.