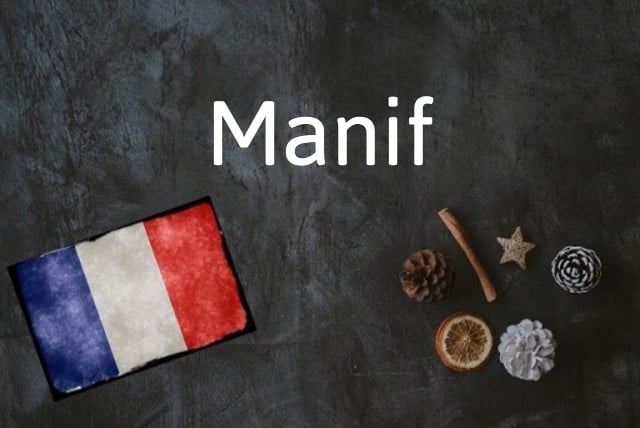 Why do I need to know manif?

It's a key concept in France.

Manif is short for manifestation, which means 'protest'.

France, known worldwide for its bloody 1789 revolution, has a longstanding tradition of social protest.

And if you talk to French people – especially young ones – you will undoubtedly hear someone talk about la manif – 'the protest', or 'the demo' – at some point.

READ ALSO: Don't ask 'why are the French always striking' but look at what the strikers have achieved

If you tap it into your Google search engine, it suggests to translate manif to 'strike.' But, while strikes nearly always bring along one or many manifs, going to a manif does not imply being on strike.

A manif is used to show strength by numbers. In France, bringing people to the capital in one big street protest has long been used as a tool to put pressure on politicians to achieve something.

During the December mass-strikes in France against the government's proposed pension reforms, there was a big manif every week or so, an attempt by unions to flex their muscles.

This week, there was a huge manif in France to protest against police violence and alleged systemic racism by the country's law enforcement.

On va à la manif samedi ? – We going to the demo on Saturday?

Tu as vu le monde qu'il y avait à la manif contre les violences policières ! – Did you see how many people there were at the demo against police violence!