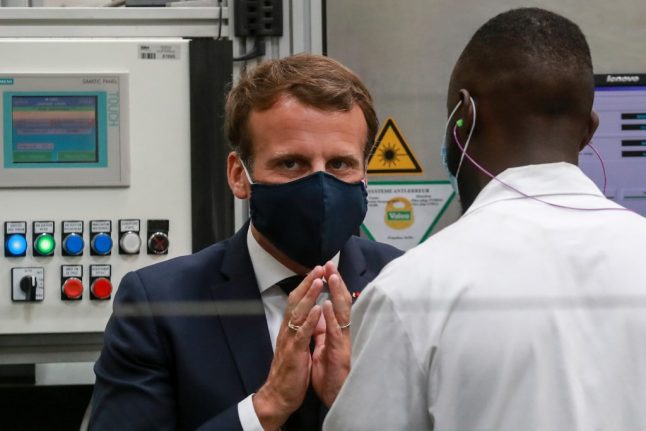 No more filling in bits of paper to buy a baguette; no more 100-kilometre limit on travel. Bars and restaurants are open, except in the Paris area where drinking and eating is restricted to outdoor terraces.

Hotels, gîtes and camp-sites are open, outside the capital; Paris hotels will open on June 22nd, as will cinemas across the country. All internal EU borders may reopen on June 15th.

READ ALSO What changes as France moves to 'phase 2' of lockdown? Some Paris cafés reopened their terraces at midnight on June 2nd. Photo: AFP

Is that it? Is the threat from Covid-19 vanquished?

A month ago, some of France’s most respected epidemiologists warned that the first phase of the country’s “unlocking” was criminally premature. The virus was still active, they said. A hasty re-opening of the country was certain to cause tens of thousands of new cases and deaths.

That has not happened – not yet at any rate. After three weeks, there has been no new surge of cases and no avalanche of hospital admissions.

The daily Covid mortality rate has dropped from a peak of over 1,000 a day in early April to an average of around 54 a day over the last week.

IN MAPS How the coronavirus epidemic is gradually receding in France

As things stand, it looks as though France may get away without a surge of Covid cases and deaths this summer. Much the same also seems to be true in Italy and Spain and Germany. And, before that, in China.

On the other hand Covid is still spreading in Sweden and Brazil, which never fully locked down in the first place.

Deaths and new cases also remain relatively high in Britain, which locked down late and is reopening early – some say too early.

But some of the greatest French experts said that of France. It was President Emmanuel Macron who insisted that there must be an early unlocking date – against the wishes of his Prime Minister, Edouard Philippe. Macron has, so far, proved to have been right.

Search where you like in the French media, you will find no story stating: “Macron vindicated on early end to lockdown,” I leave readers to imagine the cart-loads of merde that would have been heaped on his head if the death rate had leaped upwards. Emmanuel Macron and his Prime Minister Edouard Philippe had been at odds over the unlocking date. Photo: AFP

In truth, Macron was lucky. He was right but no one – not even Macron – knows why he was right.

Why has there been no flare-up of the virus since the tightest social distancing measures were dropped? If confinement worked – and it certainly coincided with a huge drop in the death rate – why has the virus not been re-ignited by déconfinement?

Is it because the weather is warmer? That may have had some effect, scientists say, but there is no absolute proof that Covid-19 fades with high temperatures. The virus has, thankfully, not exploded in Africa; but it is exploding in Brazil.

Has the virus just gone through a classic, unexplained peak and fall, as some viruses do? Are the remaining social distancing measures, now habitual (no bises, keep-your- distance) enough to break the infection chain?

Was Covid never so deadly as we were led to believe? Will there be a delayed second wave next winter?

I ask these questions confident that there is no answer to them – or at least no answer generally accepted by the scientific community. There are, of course, dozens of different scientific opinions and hundreds of cocksure answers on social media and in the mouths of opposition politicians.

Almost six months after Covid-19 officially appeared in China (it was almost certainly around before that) we are still grappling with something ill- understood; unpredictable; atypical; deadly, though maybe not quite as deadly as some feared.

In such circumstances, as I have argued before, much of the criticism – not all – hurled at Macron and the French government is exaggerated.

The next phase of France’s Covid blame game is already on its way. I will call it the Day of the Triffids phase. At the end of the 1962 movie version of John Wyndham’s classic sci-fi novel, a small band of surviving humans finally stumble on a defence against the predatory, walking veggies which have eaten up most of humanity.

They spray the triffids with salt water and they wither away.

“Is that all?” cinema audiences want to shout. “Why didn’t you b-well think of that that before?”

Here is my “Day of the Covids” prediction for France.

Voices will soon be raised to say “the lockdown was excessive – the disease was not so deadly as billed – the cure was worse than the malady – the threat was not so great as you had us believe.”

Some of the voices will be the same ones who, until a few days ago, were saying the government had “blood on its hands” for locking down too late.

According to Le Monde several ministers have already begun to denigrate the lockdown privately.

“We all went over the top – and not just in France,” Le Monde quoted an anonymous minister as saying at the weekend. “Fear of death,” he said, “and a disturbing aversion to risk…overwhelmed the more important values of liberty and work”.

One or two eloquent voices in the French and British media have made this argument from the beginning (Jean Quatremer in Libération and Peter Hitchens, almost everywhere.) They, at least, are consistent. They may even prove to have guessed right.

But that does not mean that the lockdowns could or should have been avoided. Britain dithered while considering such a laissez-faire approach; Sweden experimented with it. So did the United States and Brazil. The results in none of those country are impressive.

Given the blood-curdling warnings of the majority scientific advice in March, no responsible government in the Facebook/Twitter age, could have taken that risk.

If the “worst” turns out to be not so bad as feared, we should rejoice. We should not blame politicians for failing to know in advance – Day of the Triffid-like – what medical science still cannot say for sure.

Any hope of such political forbearance in France as the inevitable economic crisis follows the health crisis?