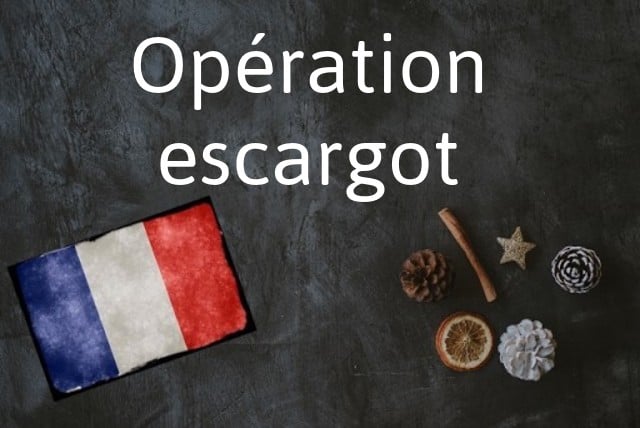 Why do I need to know opération escargot?

Because you probably want to avoid them.

Un escargot, as is fairly well known, means a snail. Move the topic on to French dining clichés and it won't be long before the Gallic habits of eating snails will be mentioned, although in fact, like frogs' legs they're not exactly ubiquitous on French menus.

But the snail has a couple of other meanings as well.

Firstly in some areas, mainly in the south east, a pain aux raisins is known as an escargot after its shape.

But the other type of snail is something you will want to avoid.

Une opération escargot is defined as “an action consisting of provoking a significant slowdown in traffic, or even a blockade, for protest purposes”.

It's what in English we would probably refer to as a rolling roadblock, the practice of disgruntled drivers – often hauliers or farmers – driving very slowly along a road causing huge tailbacks behind them.

They're a popular tactic among French unions, protest groups and organisations so if you see that an opération escargot is planned, you know to find an alternative route.

It's frequently seen in headlines, such as these ones

But it's also well known enough to be used in conversation as well.

READ ALSO France facts: Snails need a ticket to travel on a train