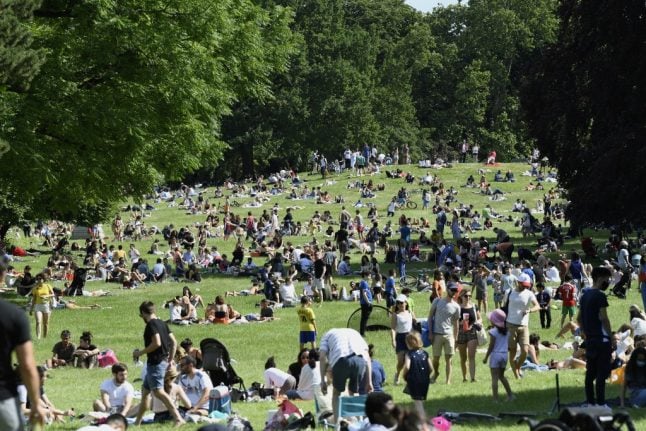 People enjoy the sunny weather at the Jardin des Tuileries in Paris on Sunday May 31st. Photo: AFP

Following Prime Minister Edouard Philippe’s address on Thursday in which he confirmed that Île-de-France had gone from the red to the orange zone under the country’s Covid-19 risk categorisation, green spaces in Paris were allowed to reopen on Saturday to the relief of countless Parisians.

“Common sense eventually prevailed,” tweeted Paris mayor Anne Hidalgo, who earlier on May 12th had her proposal to open green spaces shot down by the national government (a day after police had to disperse groups of people who had gathered on the city's canal banks on the evening lockdown was lifted).

“Parisians will be able to breathe again in their parks and gardens this weekend.”

And that they did in droves over the weekend, as sunny weather allowed residents of the French capital to have picnics in the sun, read books by on a park bench and go for a leisurely bike ride in the city's green spaces. However, certain rules are in place. Parkgoers must stick to social distancing, they’re advised to wear face masks although they’re not mandatory and gatherings can’t exceed 10 people. Up to sixty Paris parks that are either playgrounds or being renovated are excluded from the reopening plan, as these kids’ play areas will reopen gradually to allow for more thorough cleaning to take place. Restaurants, cafés and bars in Paris will be next to open on Tuesday after two months of lockdown, with a recent measure allowing them put more tables out.