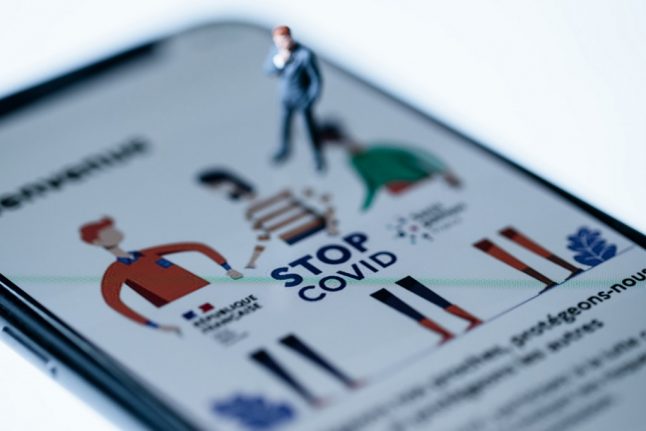 France’s Digital Affairs Minister Cedric O has announced that his government’s mobile phone tracking app – one of the pillars of France’s deconfinement plans – will be available on Tuesday after several delays.

“From Tuesday at midday, people in France will be able to find and download the application,” O told French radio station Radio J.

“We’re currently launching the application on Apple and Google app stores but there is a review time,” the minister added regarding the tracking app he said last week would be available over the weekend of May 30-31.

Called StopCovid, the idea behind the technology is to replicate the concept of early contact tracing of infections but using technology instead of phoning around.

Each user who finds out they have been infected can use the app to warn others they have come into contact with over the previous two weeks, so that they in turn can take precautions as well.

“We need as many people as possible to download it,” said the politician for La République En Marche! (pictured below). “We’re first targeting people who live in cities because they are the ones who spread the virus most,” he said, citing in particular those “who use public transport, people who go to restaurants or who go to supermarkets at peak times”.

According to the minister’s accounts, epidemiological studies have proven that “even from the first downloads, the app already avoids infections”, although his office was unwilling to disclose whether they’d set themselves a target for downloads.

O, who in 2019 convinced Facebook to allow French regulators to probe the company's moderation processes and arranged a meeting between Macron and Mark Zuckerberg, has referred to the StopCovid app as a another social distancing measure such as face masks or washing one’s hand’s regularly.

“From today, we will enter a slightly more normal period,” he concluded.

“We must keep running and hosting the app, the cost will not exceed more than a few hundred thousand euros per month.”

FIND OUT MORE: What is France's coronavirus tracker and how does it work?

Despite O’s confident words, the idea of having your every interaction tracked by your phone has already stirred up some privacy concerns in France, leading several ministers to stress that downloading the app is voluntary.

Many citizens as well as politicians have registered concerns about privacy and state intrusion.

Fifteen French MPs from the ruling La République en Marche party have already published an open letter in Le Figaro calling for more debate on “the use of new technologies that are intrusive and that question our fundamental freedoms”.